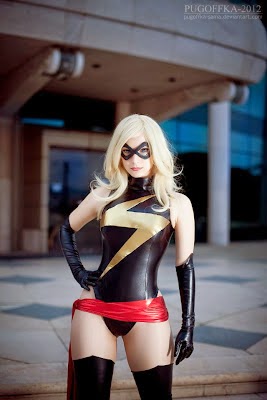 Done a bit of sorting out my sidebar links to past articles and renamed some and merged BRP and ctulhu pages.

3 New players and first game in about 5 weeks.

Team out to hunt unknown spy stolen secrets from superhuman prison complex. Cornered agent to rail station where havok boke out as FIRE mercernaries attacked with a metahuman of living flame. Several clumsy heroes managed to smash into pavement and Maw swallowed several and the pyro. Sparky in his van ran one down and webbed him to front of van drove off and guy escaped suit. He got out and captured guy then hacked suit so auto destruct from evil org would fail. Stucj in his van for later.

The detective cunningly teleported some around battlefeild and tank even disintergrated a merc suit. Clairvoyant shot in back then in face and stunned rest of battle while storming used her area blast to devastate most of carpark. Maw had to caugh up pyro who was killing other prisoners in his belly and he went on to injure Snapfrost. Snapfrost from then on kept moving fast and kept out of harms way. Tank managed to temporarily restore flame man to normal and Maw finished him.

Bad guys beaten down an interrogated with ESP, Psychometry to discover FIRE made most of villains in prison and wanted investment working again. Snapfrost a former spook with many connections determined Dr Lau was creator of the fire guy. Found a closed since 70s vintage supercomputer building with no windows used as base. Many milkmen entered milkbar and less left. Maw ordered everything on window and thought milkmen too clean. Clairvoyant made his suit into a milkman and followed inside. He had read mind for codes and entered secret base. Stormwing followed and they alerted rest who began to poke around alley from sparkeys van. When alert sounded infiltrators went to armoury and got issued las pistols. Stormwing asked for a las rifle and then quartermasters officer realized these two imposters. Gun battle broke out and base went on lockdown.

Tank turned wall into hydrogen and rest went inside. Sparky jumped on computers and tried to save data, stop the deletion virus which worked but was blocked from FIRE systems elsewhere. Mean while rest went upstairs, destroying doors and then tore down ceiling and crushed the ready mercs they detected with clairvoyance upstairs. Finally cornered Dr LAu with his FIRE-Men, ten unstable metahumans able to turn into living flame, deadly but inexperienced. Stormwing waste most of their power with force feild. Most were being harmed on touch so Clairvoyant started using improvised weapons. Maw collapsed floor and munched into basement where huge 1930 bakelite computer filled several levels. Stormwing swept all the pyros into the pit and basement turned into hellish inferno even men of fire couldn't stand. Maw cracked foundation with a big chomp and burrowed deeper and the flame men followed him to escape the horror blaze. He then filled pit in with them smothering them all and others capped blaze with webs and blocks of carbon with Tank flooding basement with inert frozen gas.

A horrible mess and almost killed the test subjects. Detective teleported behind Lau as he staggered near pit and cuffed him and dragged down stairs reading him with psychometry all the way.

Intel gained got FIRE bases shut down all over Asia so a good day. Big fun and some interesting new players.