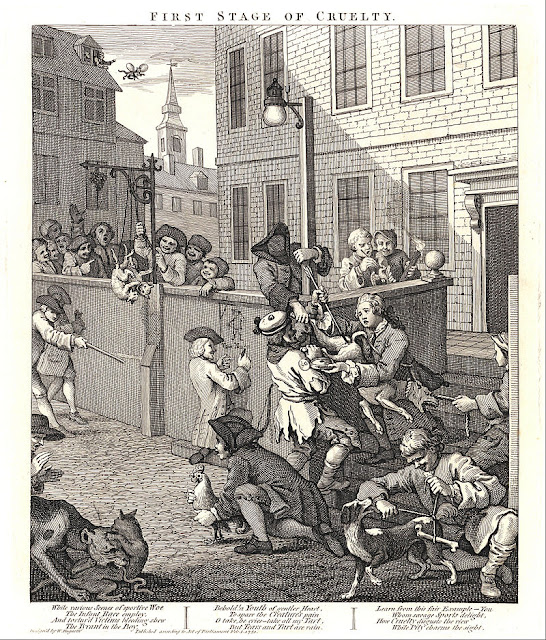 Hogarth and a History of Vice in London were great inspirations for my City campaign and occasionally I potter at some extra stuff for it. Have a few districts to map to someday.

Shadelport If you have not seen my big fat PDF is a city colonised by pirates on the ruins of a previous port used by the prehuman monster empire as a global slave port. 800 year later the city is a maritime and trade power located in the middle of the great sea. The people there enjoy many new advanced methods of sea navigation, printing and black powder weapons enjoyed by the most advanced peoples of the world. Large areas of the city are famous for sealed ruins with limited access as well as a gangland district, a humanoid district for goblinoids and orcs and a mutant ghetto. So there are plenty of interesting shopping districts. Merchant town though has many of the best shops.

Note on My Setting:
"My setting is about the history of vice and bad government"
I ought to explain this setting is a negative example of the good life with entrenched injustice but a character could be an influence and damage global slavery over a career and can easily improve the lives of others a bit

They could do that but mostly they become slum landlords or build poorhouses and villages for the homeless, build orphanages for orcs or become mad wizards taking over the work of the last one they killed or build a zombie powered ship to save money.

One player wanted to take over the drug supply in the city then to the druglords home city in the savage and mystical west ruled by a secret underground emperor but instead, he cut a deal with them and the city rulers and now the druglords are legal in-state licenced shops. The whole party almost considered invading a continent over this.