War With the Undersea Kingdoms Part 2 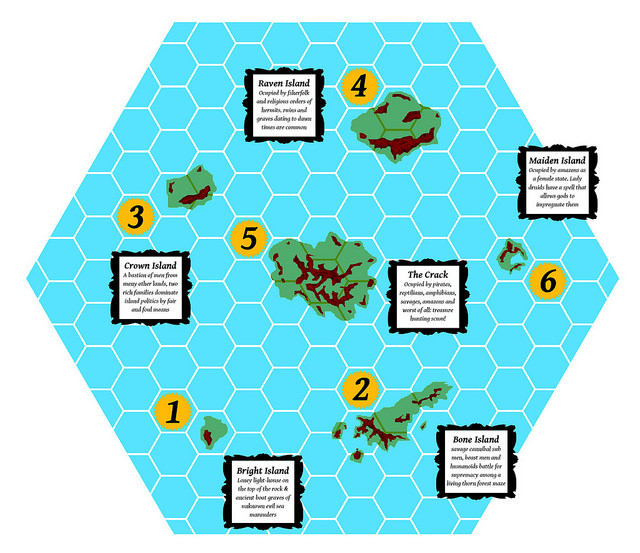 Have been reading goodman games big fat book. Mostly i got it for McAuslan art and maps. It is a better book than the fist vol. I kinda did a first glance review before but enjoying looking at it for my own. DnD5 sure wastes so much room with stats, just puts me off ever DMing it even though I play weekly. I think It would work fine near Hotsprings Island. The above Islands was done for Tenkar's landing (which a huge amount of book of is me). In my setting im thinking of putting between Exile Island and the Southern continant of the third Empire where Im currently writing up my 3fold land and Sour hill stuff. Climate is a bit off but I already have magic cimate zones using reptilian magic. Possibly the Amazon citidel Island is the same as the one in my Exilon setting several thousand years earlier in pre flood times. This means via underland you could walk to exile island under the sea.