From Murder Hobo Camp to Village 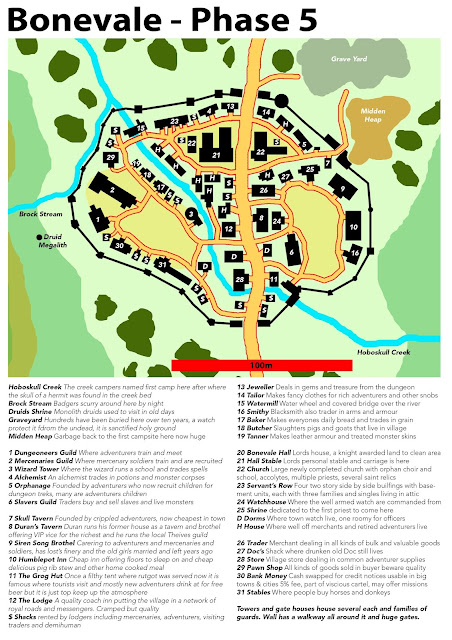 Final evolution of my hobo camp, after being sacked by dungeon monsters in phase 4, the king sends a knight to fortify and rebuild and too keep out undesirable murder hobos who must find a new camp or become professional adventurers. Monsters living too close in hills were smoked out then killed or driven off. The hill tunnels entries and caves were mostly sealed with rubble but a underground level under the village exists and monsters might try and tunnel back. Secret tunnels may exist. I envisage this as ten years after murder hobo tents were set up here.