War with the Necromancers 1 Causes & Forces 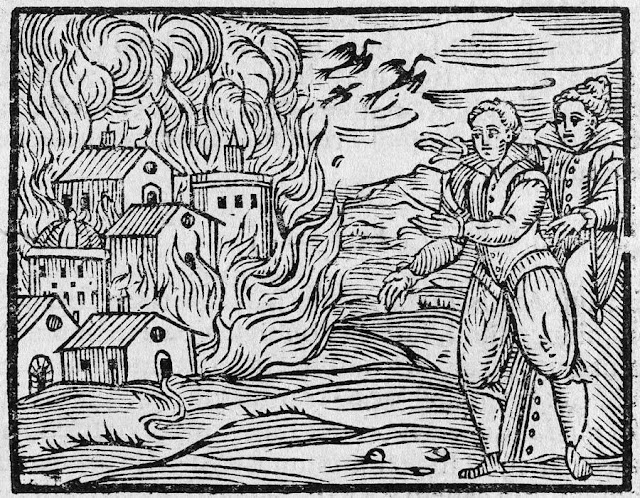 When the dead and necromancers wage war you are in trouble. Once after the monster empire human necromancers used stolen lore to conquer all enthralling humanity in a thousand years of slavery. Necromancers want this age back. Various evils and undead can be united in death but have slightly different goals that might cause divisions if too many humans killed. Some undead out to destroy man jealous of life. Some want human to be slaves or food and they require some humans are spared. Some require human bodies to create them but they don't usually care too much. Some types serve specific gods. Some have own idea of what victory will look like. Some are just opportunists using the havok to spread and act in the open.

Spirits can be good or evil or both but the opening of the underworld has spirits more active. Some spirits are spiteful or mean or seek some injustice resolved or to find a lover (often ends badly) or ure people to their deaths. Other spirits aid humans, protecting, warning or informing them. Most non bitter spirits have become serene and close to nature or artworks or buildings and don't wish to see change. Spirit cult revivals may well be reborn and shaman will re emerge as a force.

The undead fight among themselves as time goes on and the humans also have problems. Fanatics might blame commoners or want permanent change to social structure. Some expect their church to be leaders. Some wish to preserve traditional powers. Some look for humans to blame for the troubles. As humanity crumbles humans may come into conflict. The traditional churches and aristocracy will have a difficult time to return to the good old days after the blight.

d10 Objectives of invaders?
1 Turn everyone into living dead

2 Farm humans for souls and blood
3 Establish an eternal empire
4 Drain enough souls to call death to the mortal world
5 Make necromancers no1
6 Destroy churches that fight the undead
7 Turn humans to the worship of death
8 Bring eternal peace and a end of all conflict
9 End the world, just get it over with
10 Use all the undead as switches in a global magical computation device

d10 Factions of Humans
1 Secular humans interested in life and profit making want undead stopped by free men
2 Church has emerged as leaders bringing crusaders, templars and other specialists to the war
3 Zealous paladins are scourge of evil but also blame sinners and wickedness of humans for blight
4 Inquisition has been raising fanatic orders of warriors against evil and burn anyone not on board
5 Nobility want to establish old order but are wary of church or commoners grab for power
6 Rural folk have called on old ways including druids and worship of forest beings and nature
7 Coalition of priests, wizards and warriors of all classes only want to focus of fighting the dead
8 Mob are in a panic and will either attack with fire or flee hysterically no longer trusting order
10 Grim organised resistance led by fanatic monster hunters who blame educated and nobililty

d10 What about the Plague?
1 Sent to kill humankind and allows lots of corpses to be obtained quickly for armies
2 Actually causes undead infecting the living turns them undead if not buried on hallowed ground
3 Side effect of certain undead have brought from the grave with them
4 Spread by cults in advance to weaken resolve of humanity and destroy morale
5 Sent by a evil god or demon to aid the war
6 Released from a artifact in hands of evil as a weapon
7 Plague kills too efficiently leaving no food for certain undead or means of reproduction
8 Spread by unclean spirits to end civilization
8 Necromancers are just as fearful of the plague and send undead to contaminated places
10 It is mostly exaggeration, most of the deaths are caused by undead and blamed on disease

Sheets - opportunists looking to procreate
Sheet Phantom - spirit can smother a dead human turning them into sheet ghouls,
Sheet Ghoul - servants of sheet phantoms who aid them getting more victims

Vampires - feed from and enthrall human cattleThrall vampires - weaker less independent and bound to will of creator may act in units, half power
Western Vampires - often noble leaders often have own factions and covens seeking power
Eastern Vampires - invisible vampires that prey on men in secret less prone to groups
Penanggalan - horrible gore trailing heads who re attach to own body to hide among humans

Darkness - seek to devour the living till nothing left, serving evil powers of entropy and chaos
Shadows - life draining irregular hungry hordes
Wraith - warriors bound to evil and whose bodies have crumbled to nothing after aeons of service
Shadow Mastiff - great hounds from the dark dimension
Shadow Demon - great beings rulers from the dark dimension

Spirits - non corporeal entities might have once lived but now lesser divinities
Remains of a person bound in location like a tree or mountain or artwork or idol or painting or book
Act as a minor divinity very knowledgeable about area and past, damaging source harms them
Spirits have awoken to aid and harm humankind in the war with cause more trouble
Can be kind or evil or have unfinished quest to rest and may change or learn in time
Least Spirit - 1HD manifest as small animal, faerie a blowing scarf or a light, not very bright
Lesser Spirit - 2-7HD may appear as mortal or animal and even take lovers
Greater Spirit - 8-15HD appear mortal but more godlike, unlikely to stay with a human

Other Entities
Night Hags - enjoy suffering of undeath and often teachers of black magic or mothers of monsters
Nightmares - steeds for evil beings
Elementals are used by necromancers but with a twist to keep elementalist cults enthralled
-Fire made from funeral pyre full of burned human remains
-Earth made from graves with crumbled headstones and rotting burst coffins
-Air made from desiccated mummified corpses and dust made of skin flakes
-Water made from bog water with rotten corpses mixed in
Some demons and devils are linked to undnead and may manifest or send minions
Devils actually prefer dead locked up in torment so might help man for a price
Demons come in many factions so some will be all for this
Dark Elves use necromancy and might get involved with goblin and orc slaves
Chaos beastmen often serve demons or necromancers
Goatmen of orcus for example possibly with necro mutations
Ratmen serve plague gods quite often
Orcs might serve necromancers, other monsters might just come for the food
Some dragons might use necromancy or become draconic liches
Lizard men vampires are a thing too - could include demi humans also

I've done necro mutations before which might complicate matters - undead could be a disease or a condition spread. Cultists and chaos beastmen might develop signs of undeath through their patron god or demon. A zombie variant might raise those killed as zombies. Variant undead will become more common, each necromancer will have own type.

Part 2
d100 Encounters - Combat encounters on the road or countryside during the war
d100 Wonders - spectacles and events but not necessarily combat
Part 3
d100 Gossip - to cover wild stories of atrocities, failure and propaganda
d100 Loot - particular goods flooding the market during the invasion
Posted by Konsumterra at Saturday, December 09, 2017