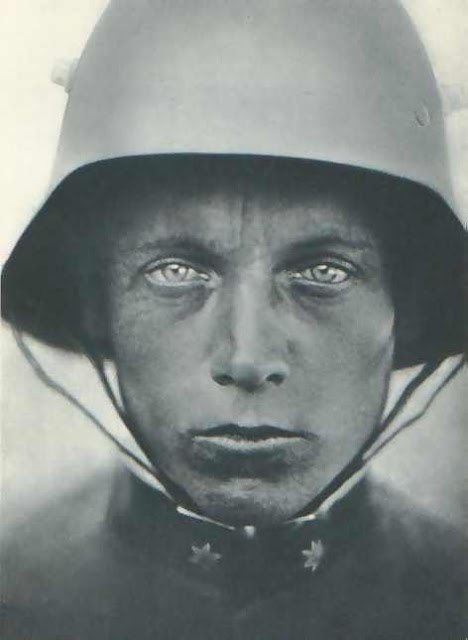 So second at con day and two good sessions plus dinner and a chat with a few friends. Two players said they wanted to play regular game. Interesting scale of challenge not in most settings. Monster hunting in no mans land has got to be worst job. More on that below.

I'm gonna do Sydcon and Eyecon next year - both want top20 type games so Cthulhu being the bacon of Roleplaying and BRP will keep doing that. Possibly will be a little less gonzo. I think i will do day break in middle on three day cons - perhaps try to play some stuff. Newcastle Newcon next year and we get to have food and beer in RSL venue. and play TSR Marvel Super Heroes Avengers vs Masters of Evil battle royale there I hope. Bezerka Con i did some mascots for and will have my kids dungeon exploring octopi colouring in book. I reacon i will do a cardboard  monster making workshop and I could make some swords and sheilds and armour if I get carried away. Will do a Intro to Fantasy Roleplaying with blue holome as people can get a lot of good intro play for free using it. I recommend Osric also for kids. That gives me 3 sessions so might do BRP roadwar for two in day for public and then do a Cthulhu Wars or Mars Attacks game for one evening. I can have a self serve art table set up too.

So my Oh What a  lovely war game after a day of rest went well. Minimised gonzo a bit and went more for horror of war and less dimensional monster cults. I think if you stick to one main boss monster type some minions and possibly a rival boss monster and minions works best. Idea of monster factions battling in no-mans land and possibly using human pawns in war works well. I forgot to have Herbert West appear as a doctor in hospital.

Fourth Mission Team
Included Declan who has been a regular in my games and claims my stuff to be like nothing else which is kind. Went straight for Aircraft by night option and Had four SE5 two seaters swarmed by Von Richthofen. A few saw their planes torn to shreds by vampires in monster bat forms with machineguns and german  medals strapped on (read Bloody Red Barron and everything by Kim Newman). So most crashed and only two pilots lived and most of men injured on German side of river. Captain determined would go into ruins as on way to Brit lines. Crept over the trash heaps and rubble on the fringe and sneakiest forward scouts got shot at. Every one dropped and looked about. Guy with lewis gun saw a periscope from a free stump and fired at it. Killed observer and sniper fled as men chased and killed him.

Went further into better ruins, then after rest and first aid they moved towards the weird lights they had seen first as briefing images then again from biplane view. Caught a old man in ruins in a trench coat and chased him. His limping gait was slow and unsteady and as they chased up a garbage heap. Before grabbing them he manipulated a metallic lump spraying them all with freezing white fog. They shot him dead, noting lack of blood and refusal to take hand from pocket. Medic was repulsed by old mans loose skin and didnt want to get close. Looked at hidden hand to see a lobster like claw. All a bit shocked. Closer look found saggy flesh had been torn off arm revealing revolting alien limb. Removed the skin and released corpse of mi-go from skin. Wrapped decaying mass in sack.

Found tank tracks of a small french 2 man Renault tank and followed carefully. While was French design many had been taken by Germans.  Sure enough saw four germans. Two guards, a Lieutenant and a mechanic at work. As they got close crawling on bellies hear guards argue if the heard a noise. So closest man threw a grenade andrest opened fire with salvaged lewis guns. Guards fell and mechanic took cover and was captured. Wounded officer crawled in tank but a hero threw in a mills bomb killing the leader. Fixed the tank enough to drive after building a improvised seat and controls. Came to river banks and got tank stuck. Several troops went looking in night mist for a beam to help get out of mud. Were surrounded by undead german soldiers and had to destroy them. Took some heads as samples and bodies full of fine wire and strange metallic organic lumps occasionally wired in. Had things in common with implants in Mi-go.

Found a newly opened sinkhole into grotto found calcified monk holding a book. Of course they smashed it and took the crumbling damaged book with diagrams of mi-go, zombies and their implants. Met Napoleonic zombies in long lost catacombs but collapsed the tunnel and returned to surface.

Finally got to head home and mi-go implant started chirping. It was a communicator or sensor alarm or something. Air pressure increased. Men a bit wary. A few got ears pop, one man lost hearing and blood came out of ears. One man spontaneously burst into flames but they put him out. Air pressure got worst. A draconic being formed in the air - a body made by a liogorr from overspace to torment humans. Several men freaked, one fled and threw a grenade. Others opened fire with machineguns and the Tank charged it at a whopping 16mph. The first gunner to shoot got swollowed up but the draconic body was no match for automatic weapons and collapsed into ectoplasm. The tank finaly arived and the grenaide went off under it causing little damage. Men drove to own lines and were safe. Several sent home to Britain due to sanity and injuries.

These guys were a fun group.

Fifth Mission Team
Next team all privates under a single captain were keen to use tunnels by night to get close to mission zone. Met sappers and unsympathetically ignored superstitions and fears of men. Came into underground canal then found a grate in tunnel roof to ceiling grate to get to surface. Came out in ruins near river bed and quickly spotted german machine gun nest watching bridge. A NPC sapper man tried to sneak close and use a grenaide which bounced off wall and killed him. Lewis gunner and sniper drove back machine gunner killing a cre member while others charged across and killed germans up close. Stole their superior gas masks when they saw men had gas unit badges. A prisoner revealed germans were getting similar weird reports over area so sent gas squads in to kill everything. Captain executed prisoner and they took some spare uniforms for possible subterfuge and throwing corpses and maxim gun into river bed, Found a brit soldier half drowned in mud filled crater and saved him. He got to replaace guy killed by grenade. Crept about quietly and killed retreating germans setting off gas and shut off cylinders.

So with Germans gonee they searched area and found a crypt with signs of door having being recently smashed open then closed. Up close heard chewing and gnawing sounds like a dog. Opened door to see crazed blood covered frenchman gnawing on dead germans leg so they shot him. Tunnel led down to old catacombs and found more recent tunnel connecting to ancient coal mine then followed new tunnel into mental hospital basement. Found sounds of machinery and harmonic buzz that caused several to have headaches and several to hallucinate. Captain heard wet sloshing and slopping noises seemingly from walls. Another heard beautiful music and saw golden light. Into hospital morgue and lobotomy room found signs of lab with notes on something called a resonator, a disected lamprey thing and dissected brains in jars and pineal glands. Signs that French had started lab pre war but german science division had continued work here till very recently. Into the generator resonator aparatus they found legs of a german scientist from waste down in a pool of slime. A few weird jellyfish things and a lampey thing the Capatain saw became visible to everyone and attcked. Nasty things were killed and taken in sample bags. Turned off resonator but those hallucinations were too far gone and still felt weird. Lab was looted and remains destroyed.

As left Captain heard voices. A german offered him power of a god so he told men to go ahead. One man was suspicious and spied on captain. The german scientist was naked from the waste down with bright pink featureless ectoplasm covered legs. As he and captain debated and spoke of meaninglessness of war and humanity tentacles attacked captain. The trooper spying fired and saw Captain throw his clue satchel at rest of men as he pulled four pins on grenades. A trooper grabbed the bag and all fled. They all heard singing and saw light and a trooper vanished. The captain was devoured and shortly after exploded. Men Returned home with only one fit for duty while rest sent to mental hospitals.

The captain was in the other dimension of beyond and spent forever a plastic fleshy horror eternally battling the german scientist. The other missing soldier had met the Angel of Mons and been taken to a dreamland reality of eternal rest. My friend Conan who played captain sure knows how to work a con one shot for spectacular endings.

So my mix of adlibbing and stealing on fly from mythos fiction and game adventures formula worked well. The second group threw me a bit with player vs player and arguments and i didnt stick to formula. I was too kid with sanity and let them off lots of gore related losses. Should have had some summoned horror appear at climax. Possibly i needed a massive bathroom break towards the end. I will be a bit stricter on my formulas next time.

Good to play with and meet people I had not seen a while. Slimming down of con games resulted in every game running but Im sad they are narrowing focus so "popular games". As Ive learned of late people like safe bets. I am tempted by a few games myself but more to whimsical and weird.
Posted by Konsumterra at Monday, October 05, 2015