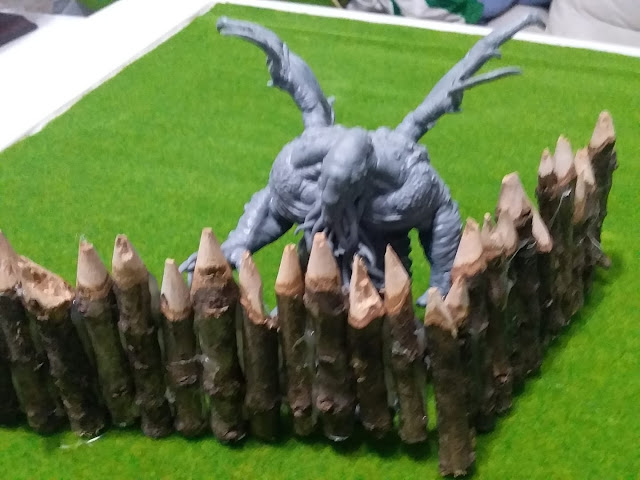 So I got proper internet or what Australia passes for the net, not just phone. I thought I'd spend 72 hours a week playing Farcray Primal and Fallout but nope. Mostly watching videos and since I found this wood mirror frame I've been crafting lots. I've pulled out my minis, kits, scrap boxes, and got to work. Above is battleboard I'm working on and some pencil sharpened sticks hot glued awaiting a base currently keeping Cthulhu away (i will paint).

Mostly working on making frame into a battleboard with a cobblestone texture still drying after days. Has one coat of pva and spak filler mixed to fill in edge around outside and seal. Will try a pva and colour wash next. Has some cracks from Femo air dry clay but overall its less like baby poop than Das brand I've always thought a sad and disappointing product. The Femo brand was perfect with texture rollers from greenstuff (yes send me free products to review and name drop). Some of my cheap pva had gone sour and nasty but the good stuff seems fine after 20 years. This has been good to purge stuff.

So the baseboard in cobblestone will be for dungeons and ye old cities. I got a green grass square for it for outdoors. Will do a city grid and perhaps a space scene for sf battles. Started on some scatter terrain bits and hope will get a bunch ready for my stone age games with cliffs, hills, and trees. I have two lots of mars attacks redbrick ruins and an industrial foundry kit I'm going to build and paint finally. From what I've seen from 20 years of stenciling and aerosol art I have lots of the skills I need and enjoying learning from vids while i work and potter about the house. I've been eating less too which I didn't expect. So my net has given me a new lease on life. Plus walking to the hardware store and collecting sticks and smashed bits of car plastic on the highway for post apoc terrain. I'm supposed to be building a moon theme room at one club and a poster corridor of my art for a punkier one. I Will see how this goes but doubt I will get Sydney pay here.

I appreciate art tricks cos as an art teacher for 20 years lots of art is tricks. I know lots that my vid viewing channels don't know and more fine art or street art so I think I have something to bring to the table. Got a Dremel for sawing (a bit disappointing cutting sticks vs my titanium bladed shears). Used to unrivet some old toy cars for gaslands type stuff. I have a few test things drying and some things I want like cheap mesh not a dollar a cm mesh from hobby or art shops. Hoping to find cheaper expanding foam.

So having been a mostly not interested in minis gamer what happened? I liked 1/72 and a kid because it was compact and you got alot and as I felt to starved I mostly liked lego, matchbox cars,  blocks, soldiers, animals, and starwars as you could add to a collection over years and I knew I would not have cool seasonal toys. My plane kits collection my mum paid me so she could smash them out of some anti model fantasy from a life time of model making males in her life - i used to buy unearthed arcana in 80s. She did wince when I told her they were worth quite a bit. Mostly relatives gave me macrame owls, hankies, candy and tea towels so I got good at hoarding my scant resources.

So 40 years later I have a bunch again. I like fancy toy animals and collecting them made me draw better and learn about evolutionary biology and evolution better (I love synapsids). When I lived above a gaming club and ninja dojo for years in Sydney I got to see huge piles of scenery, tables, crafters at work, and model makers. I got back into minis "biblical era" first for my BRP Babylon games and later Vikings, Roman era, medieval. The monster scale I find less important. Big monsters for non-humanoids ok. I have almost the whole line of Mars attacks - civilians and burning cow set (i will build my own burning cows). I was mostly ok not painting as I like silhouette mostly. Club kids laughed at my use of paper minis for marvel (sob) and scrouged me a tub of Heroclix for my marvel game. I since got a few hundred bulks that have had years of use. BRP murder highway game I got lots of modern special forces and recently sets of 1/72 rednecks and zombie fighters. I got a sizable pile of 1/72 armed pre ww2 civilians and cops and gangsters and boxer rebellion civilians and ww2 partisans for Cthulhu plus a pile of 1920s cars, trucks, and busses. In the last few years, I was running Cthulhu and got lots of squamous and rugose things.

I'm mostly working on terrain till im happy with tool use and using less glue and paint better. But will paint some up eventually possibly when I get my shed and spare room clearer.

So other than renewing my toy and company starved youth that probably helped me be imaginative what have I come to like about minis, especially when you have enough?

They really do ad to drama when you go for your monster box and pull out some Cthulhu Mythos thing and players go EWTF is that and worry more.

As for who is where and can shoot It reduces lots of ambiguity and speeds play.

Helps some ppl less imaginative than me work out what's happening because sometimes theatre of the mind varies from person to person.

I think playing TSR marvel I always liked minis because punching ppl through walls and knowing what stuff in the street you can lift and smash ppl with is important. I ran a con Secret Wars 2 street battle 12 player battle royals that were fun. Scenery and minis help players come up with crazy ideas.

I have considered now I have lots of monsters I could draw random monster from a bag instead of dice. Mostly my ice age mammals this works but my dungeon critter pile improving.

Scale and numbers can really add to the horror and theatre of gaming. Possibly I'm driven by ooh and ahs of players a bit.

I'm supposed to be doing a megadungeon module for Patreon and rewriting my spell lists but not. Checking if my airbrush in the shed workable tomorrow and checking the state of long-stored art supplies. Need packs of chipboard cos I do pretty well with cardboard so some buildings in works soon. Hopefully will have something decent to show off soon. The skills I learn here I will abuse in my fine art in the future.

I guess I'm finally enjoying covid shut-in and loss of my career and thankfully I have a place to live and the means at the moment. 2/3 of my friends awol since march a bit sad so I hope they are all well. I guess I have come out of this better than lots of people. Id like to thank my readers for keeping me going through a few horrible years. 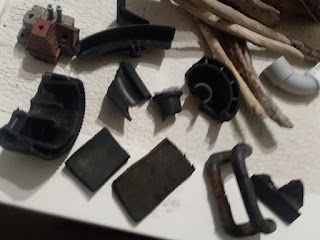 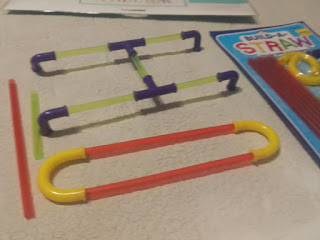 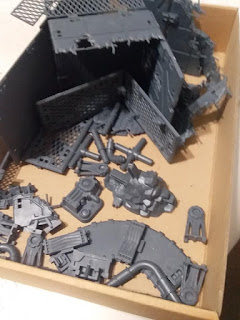