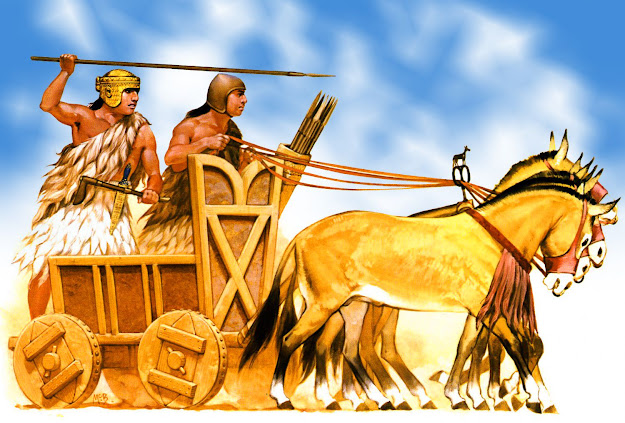 I had a reader request which books are good for Mesopotamian gaming which Im happy to oblige with. To be fair some come from a Biblical scholarship point of view which sometimes has some problems when they refute the writings of the actual people vs some interpretation from frequently erroneous and biased Bible sources. So it is a thing to look out for. The biases of UFO scholars is probably worse and up there with anti-vaxxers and other anti-science non-truths. Lots of older books based on victorian era ideas and you need to be wary of. UFO experts often cite dated sources. Actual Assyrians told me Victorians ideas on their occultism mostly wrong and frequently repeated. Identifying the Burney Relief (also known as the Queen of the Night relief) as Lilith or Ishtar probably a sign your source is dated. Gilgamesh has been revised with new tablets found a few times - I have three versions. Germans and French have more. So little Persian in English it's kinda revolting as they outlasted Rome.

Zechariah Sitchin is the wanker responsible for UFO ancient astronaut cults, most mentions of the Annunaki and Niburu all which he mistranslated as a qualified Economist. He is responsible for so much trash in the world. I'm increasingly over ancient astronauts in SF and see it as damaging to archaeology and to the descendants of people who are denied their heritage by racist UFO nuts. Von Daniken proven to have copied HPL subject and prose style is pretty bad too. Most modern UFO nut s don't realise their beliefs go back to a handful of madmen. It is so easy to debunk fake translations because everything is online now.

Illustrated children's books are a great source of everyday life stuff and most useful for players. I prefer illustrated ones to photographic actor based ones as they all look too clean and new.

Look for the penguin classics too of Gilgamesh and Enuma Elish. Marduk establishing his dominance over the old assembly of gods is great stuff

Atlas series has a volume on Mesopotamia. Time-life and others have published these as cultural atlas series. They have useful essays and some maps. Ancient Egypt, Greek World is good. I was disappointed the Russia one skimmed over Slavic and Viking era and mostly on the Russian revolution. There are lots of volumes in series often under $20 bucks. Id like a medieval one.

Myths From Mesopotaimia - Stephanie Dalley 1989
Good bunch of translated myths
Gods, Demons & Symbols of ancient Mesopotaimia - Black & Green
A great book with myths, family trees of gods, illustrations and explanations. I found a free pdf on an academic journal site recently but forgot where (I'm a member). I get essays on this topic emailed to me automatically some are very good. This book is a good start.
Sumerian Mythology - Samuel Noah Kramer
Pod copy from forgotten books.org Full of type errors from ocr - Im dyslexic but if I see mistakes its bad. Book is great though but get a hardback old one perhaps
Art of the Ancient Near East - Pierre Amiet 1980
Is a pretty amazing book I lucked out and found second hand. 3 Inches thick of art images, photos and diagrams. Currently almost 400 dollars so I did ok for $80
The Sumerians Samuel - Noah Kramer 1963
All his stuff pretty readable, good commentary based on texts
Dictionary of the Ancient Near East - 2000
Has lots of good content in mini-essay entries including small diagrams and maps
Penguin Encyclopedia of Ancient Civilisations - 1980
Fairly broad scope but chapters on Sumer, Akkad, Babylonia, Assyria and Mittani
History of Assyria - A.T. Olmstead 1951
Almost 700 pages. Focuses on late empire vs Israel quite a bit
Everyday Life in Ancient Mesopotamia - Jean Bottero  1992
Not so dated good range of coverage
The Archaeology of Mesopotaimia - Sefton Lloyd 1978
Lots of good maps and diagrams
Cities & Planning in the ancient Near East Paul Lampl 1968
Lots of maps and some comments on urban planning
Inanna - Wolkstien & Kramer 1983
Prayers to Inanna featuring myths. If you don't read prayers of a god you're missing out on ever understanding them. Id recommend reading prayers to greek gods you thought you knew.  I was shocked a few times reading this book.
The Ancient Near East vol 1 & 2 - Ed James B Pritchard 1958
Great pictures and samples of ancient texts. For comparative Bible studies but great
Who's Who in the Ancient Near East-  Gwendolyn Leick 1999
Handy to look up kings and named persons
Mesopotamia - Gwendolyn Leick 2001
Great book focused on urbanisation and some cities
The Art & Architecture of the Ancient Orient  Henri Frankfort 1954
Great photos and maps, good essays
Armies of the Ancient Near East 3000bc-539bc - Stillman&Tallis
Very wargame focused book of military kit - osprey books worth a look too
The Assyrian - Nicholas Guild
My fave historical fiction and one of best books I ever read. Never found other books and seems he quit writing. Amazon had bad ocr versions full of typos
Creation - Gore Vidal
Not quite on point era wise but a great book of travel and religious history fiction
The Oxford Encyclopedia of Archaeology in the Near East - Ed by Eric M. Meyers
600 bux a vol last time i looked but a good library might have it
https://www.oxfordreference.com/view/10.1093/acref/9780195065121.001.0001/acref-9780195065121
Iran - R.Ghishman 1951
A bit outside this topic but prehistory and Elam content ok start. Shamefully few books on this in English. Don't trust the woeful 300 films which are disgusting attacks on democracy by human trash Frank Millar

Plenty of others out there with pix I'm not mentioning as very repetitive and basic.
Looking at these dates, it is time I looked for something more recent but I mostly read a few journal essays a month now on topic possibly better than books or Facebook or youtube

Id welcome any more references out there.
Posted by Konsumterra at Tuesday, September 15, 2020