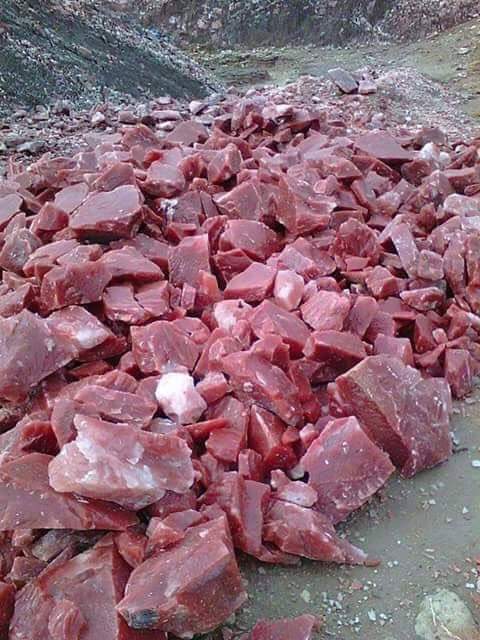 Some quick weird life story tables for Xor - the land of meat and wonder!
Picture above shows meat in it's purest form mined from Xor.

d12 I was born....
1 In a tribe of roaming hunters always exploring
2 In a barbarian tribal village often with fortifications
3 Bred in a slave farm like cattle, like estate of a wizard or monsters territory
4 In a large town with merchants and diverse peoples
6 Found as a child by kind commoners assumed to have come from Xor
7 Found as a child by well off urban family
8 Born in household of nobility, probably a bastard and legal parent is a servant
9 Raised by humanoids, demihumans or beast folk or other strange hidden race
10 Exploring strange fleshy intrusion into home world then swallowed into Xor
11 In another land of stone and steel, Xor ate old home world or alternate timeline
12 Raised by supernatural being in luxurious pocket dimension which you escaped to Xor

d12 Miracle birth secrets on Xor....
1 Broke or cut free of the skin of Xor where had been growing asleep
2 Grown in a fleshy pod structure in secret full of slime
3 Crawled out of pool of primordial ooze
4 Hatched from a egg or sac of skin
5 Creature gave birth to child, implanted by shamen or just a miracle of Xor?
6 Clone cut off body of a regenerating person
7 Grew from surface of Xor over a few days
8 Made by a alchemist or wizard in a lab
9 Clone of great trouble maker killed before time Xor wants back
10 Burst from corpse of old version as a clone child with possibly memories
11 Vomited up or excreted by some monster that then ran away
12 Made by cult who brought you to life with magic from a flesh effigy

d12 When I was young....
1 Was precocious and curious getting into adventures, shenanigans and hi jinx
2 Lost family in tragedy roll again on birth table
3 Knew members of another race and how to live alongside them
4 Almost died in a terrible accident or attack
5 Saw a terrible famous monster
6 Saw a terrible crime committed
7 Were sick and feeble and almost died
8 Had to work hard with family to survived
9 Survived a plague
10 Seemed favoured by the gods
11 Feeling i was watched
12 Travelled vast distance

d12 My Adventures so Far...
1 Battled a monster that killed many people you knew
2 On run from some kind of cult or secret society
3 Desperate for cash carried torches and piles for adventurers
4 Accused of a crime or heresy or breaking taboo and had to flee home
5 Warlords over ran home area turning survivors into scattered refugees
6 Disaster forced you to flee and separated you from allies
7 Explored a strange flesh cave once and saw horrible monsters
8 Met strangers from some other world having a adventure
9 Having mysterious dreams since found and touched some ancient relic
10 Fell into underworld complex of organs and strange beings for months
11 Ran away with mysterious lover who since abandoned you or disappeared
12 Plucked up by a titanic kaiju and had to live inside it a few months

d12 The worse thing I had to do was...
1 Eat some loved ones to survive, but they would have wanted you to
2 Perform a evil sacrificial rite to drive away a demonic being
3 Joined a cult that turned out to be just about sex, drugs and demons
4 Slave labourer on plantation or mine, thrown away when thought you were dead
5 Served a awful wizard or priest, witnessed their terrible crimes
6 Infested with a terrible parasite until it burst free and escaped
7 Involved in shameful massacre of tribe or faction
8 Damaged something that tainted area and released contagion demons
9 Forced into joining chaos demon cult to survive till you could escape
10 Joined a community and lived peacefully but they were all killed while you hid
11 Tricked into act of cannibalism by cult then killed bunch of them in revenge
12 Killed a whole gang by yourself with mostly luck and people think you are a killer