A New Monster: The Trimarchy 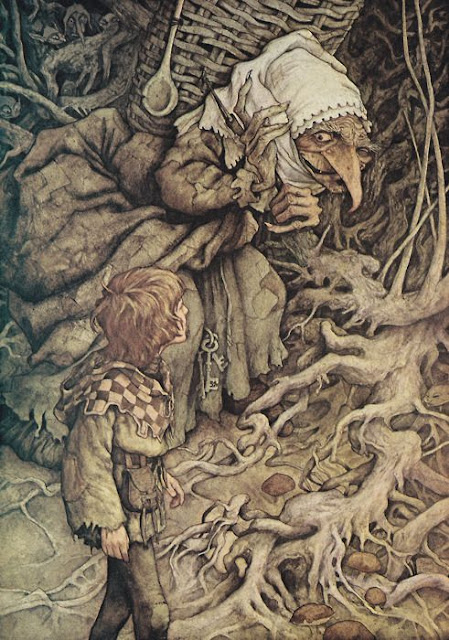 Reading Blue Medusa from PsiDuck (Patrick Stewart) and it is very inspiring. So I made this new monster a thing I don't do very often.

The Trimarchy is a type of prehistoric goddess. It is bound to its location in a lair or room or hovel or on a ancient artificial hill or barrow mound or fairy circle. When at home the Triarch "mother" is a wizened old crone with powers of a high level priestess, sorceress or wizard, wearing nothing but a robe and possibly holding a magical implement or familiar. She can teleport from any shadow to any other in sight or in her lair. She can only be harmed by magic or silver weapons. She causes fear in creatures 4HD or less who fail a save.

She can divide herself into three attractive daughters who may wander further than the mother from her sacred place. Daughters have the attributes mentioned in brackets.They are beautiful spell casters and visit humans and even join adventurers. They may be encountered in a group together or travelling with others instead of her sisters.

In all forms the Trimarchy has 18 CHA and readily makes friends and allies. The mother will have supernatural and magic using ones. The daughters will make many good friends. They fight better than normal humans as well as their magic powers. Each form can cast as a spell user or level equal to their HD.  The daughters have 1/3 of the mothers HP and HD.

As long as one daughter survives and returns to the lair the Mother can still reform and the daughters return to life when the mother again divides but it taken till the next full moon to restore daughters lives. Reforming the mother requires a ritual sacrifice. Mortals have restored Matrachs long forgotten performing this ritual. The sisters and the mother are very vindictive and will send attacks and enemies to their killers and will try to bring them to the mothers lair if they can kill the sisters too easily.

Killing all forms and damaging the ritual objects and lair might banish such a creature for decades or hundreds of years. They were once common and many cults have recently copied the resurrection ritual long lost ritual until recent times. Some have lost a sister to supernatural attacks and are only a pair. A sub type of sibling lovers ruled over dawn age peoples in south lands. Some old ones may have been damaged and unable to fully separate, making three hideous sisters joined like conjoined triplets and hideous but can cast spells faster than any one. Daughters unable to leave the lair and are ugly are another common variant. One set shared a eyeball or tooth between them and were hideous. These were often cursed by gods. Some more powerful types manifest mother and daughters at the same time but share HP.  Sometimes the daughters are unawhare of their relationship. Some dream about being in mothers house when absorbed into mother. They are kin to fairies, dryads and other lesser earth gods.

The daughters may breed with children but will conceal their nature from them and if the mother does not eat them. Such children often become adventurers and the mother might have to eat them to stop them killing her in the future. Some restrict their daughters love lives even laying protective curses on daughters virginity. The mother may occasionally spare a child and give them gifts or adopt them out to a human family. Some instead breed only with a preferred demi human race. Daughters may live among humans even bearing children to royal bloodlines gathering information and leverage over families over a long time. They like pretty young noble born heroes best. 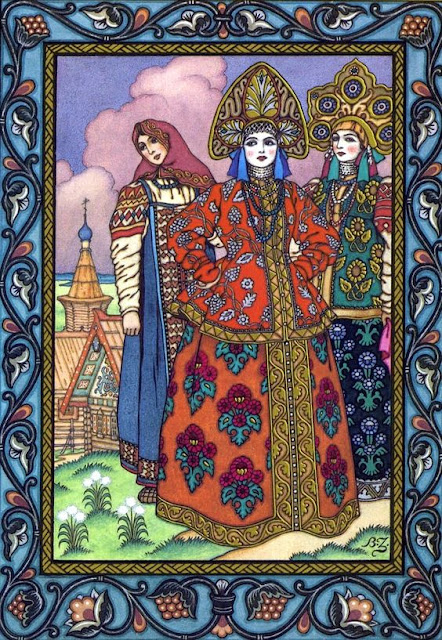