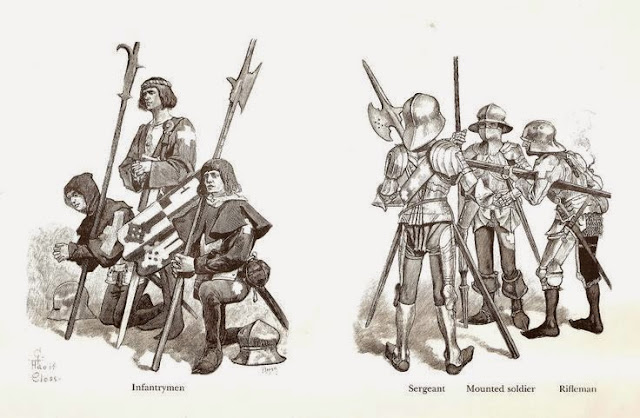 After the hobgoblin halls was taken by the heroes and the sorcerers citadel above things went quickly. The discovery of a a magic murder machine marvel of the gods wars got them more urgent and called in the Barron and hired a Necromancer to help seal the artifact away. Or at least till the stars were no longer right to be used. Chondaru the party foe since way back had been shape changed into a woman and had murdered the citadel master and done a runner with the best loot. Other wizards had fled but plenty of magic loot left.

So back to city to get titles (9th level hit) and spend cash and go to the noble only magic mart. Took some time to work on domain and set followers to work. Finally decided to go sailing. Some heroes left party and other joined. Whole tone of aadventures turned to nasty evil murder hobo nobility.

Lord Skullscrusher the giant squabbled with the priests over the Hobgoblin halls as they wanted it for church. As the LE Barron always supports the LG minority and keeps them in line with demon phobia he supported church claims. He gave the giant his own dungeon near rest of party holdings on edge of mountains near to Shadelport. He was titled Dungeon Lord and was given some prisoner to keep out of circulation in secret by the state. Managed to recruit lots of kobolds, goblins (has a minor king for a follower), bandits and wild dogs. Always out to recruit some extra monsters and has his bodyguard hitman bugbear. The giant is pretty amoral and just likes to smoosh stuff. Has taken to adopting cursed tribal relics of stone age and is willing to accept curses or try to deal with spirits in them. Has even adopted a set whose disadvantages together make a plus - cannot first aid below zero HP, auto stabilise below zero hits and a back up survival interested spirit takes over body till positive HP and can flee.  As long as he gets glory and to smoosh people he is happy. Is becoming a Warrior (Giant 8 Warrior 2) as was worried growth would be a problem. Now getting more fancy fighting finesse and superhuman strength. He can also turn into bird, Dimension Door once a week and has a tail. He is a brilliant chef and still likes to show off how he makes random roadkill and dead monsters into tasty food. Ordered a suit of platemail and bankrupted himself to point of borrowing 4gp.

Lady Nahme the Angel has established herself as a Bishop of the Sungod with Aproval of the Baron . Is married with several younger siblings and priest followers. Has a temple and manour running a small new crossroads and a shared party dungeon underneath. It is full of poor houses and workshops to trade and educate them. Also a bunch of kobolds (defence traps and building crew) and a few goblins (best at running a fungi garden), orcs and bugbears and other critters. Some areas full of weird magic fog still. She is considered the guardian of the rebuilding work turning the Hobgoblin Hall and Sorcerers Citadel into the Holy Halls they were 800 years ago. She spends lots of time there. Has several poor houses. Refuses shares of party treasure constantly but actually filthy rich. Her workshop is developing linen exports and she uses to house those reformed from her city poorhouses and ladies guest houses for virtuous women. She has retired from adventuring. They were a means to and end and and she couldn't stand dealing with their money and power grubbing. She did force them to go to church for healing and insist they all get married which was a start.

Lord Aculard has the tower hideout of a former assassin cult. He was a common poachers son who tuned into the deadliest archer in the land. He become a orc lover, married Olga (one of Nahme's reformed followers) then become a orc then convinced his other wife and dad and brother into becoming orcs. His assassin tower is a official bastion of the secret police and he is now a captain. Has increased defences adding a keep and other towers, courtyards and moat works. Had builders killed. Filled the place with orcs. Still trades with Nahmes Dungeon orcs. Has a dungeon, disguise and forgery labs and lts of neat stuff. Assassin orc training centre for the next generation. Has lots of Kobold wives and is Inlaw of Kobold King (and Heir). These are Kobolds that live in Nahme's dungeon. He has several interesting houses in city. One of his human wives divorced over him becoming a Orc. He had been declared dead by Chondaru who also married Aculards other wife just to piss him off during a months long underland quest. He has contacts with orc tribe deep under the earth too. Retired to build his power base (player has Ninja commitments same night). He also sold his soul to a Devil to be raised from the dead in the underland by a Ork king. Sneaking up on a cateoplas not a good idea he learned the hard way.

Lady Tash the party Bard had returned from long absence before dungeon finished and now she was a state supported Bard Lord decided to buy a theater. Turned down several plays about necromancy then quit party as she thought they were too evil. Lives with her girlfriend and goat familiar in a nice town house with lots of money. Now considered a great Bard is feared for powers of slander by everyone. State gives some artistic freedoms and she accepts the Barony as a necessity.

Serren the wicked Tako Sea Lord octopus fairy has had a great time on the surface with adventurers. Choosing the vilest relics the party find and seeking knowledge of the elder age when his god Cthulhu held sway has been great for developing his sorcery powers and patronage. Has his spells down so tight just needs to think them and can still use other tentacles. Has bought a seaside pub next to a wharf with a party warehouse nearby. Is building a seaside tower with underwater level.  Also has in dungeon village of party creation several water access magically locked chambers, wet and dry. Serren likes to kill things and fascinated by the power of Necromancy. Has bought a old prison hulk and filled with ranks of zombie oarsmen (he plans to attach to a undead whale and make the whole thing a necro-submersible. His followers include deep ones, eel men, lizard men and others (he has lost interest in some and let them die). Has just got a bucket with zero level young octopi from his evil home city. Has a letter of marque from the Barony and is one of the pirate lords of the city. It limits his piracy but Shadelport is a pirate paradise after all.

Kali the Lady Wizard is a necromancer who tries to be fairly decent for her kind with her raven has rejoined the party. She is enjoying her apprentice filled tower mostly run by older apprentices. She has been working on spells that keep severed heads as talking undead heads with memories and a spell to make flying flaming skulls. The new direction of the party has made her being able to grab evil secrets more easy making her mighty for her age.

Asper Cumberbitch the Halfling has returned with even more of his look alike cousins. Has several pubs and properties including a bathhhouse where he just bought and put a follower in charge to run as a pimp. First gang he befriended helps his racket and he has helped them get a influence on wizardry students of the university and expand to several other districts. Wants to work gang connection into a secret society and is building own tunnels and safe houses off sewer system. Has connection with cities biggest drug dealer. He re met party as has a warf and ship near Serren's. Under his waterside pub is a secret trapdoor he uses to press gang his crew. Has mostly halflngs and human salty semen (marine murder hobo's). A bunch of human freaks who are mellowed out by the chaotic evil halflings who dine on the hour every hour on board. Strangely only crew to get fat and not lose a man per day at sea. As a sea lord privateer he has studied navigation and it is estimated his exploration range will exeed any other ship due to his crews superior health and morale. He employed a pit fighter as mate who controls the human crew while halfling cousins are officers and important crew (like chefs). Asper is a greedy sleazy little pimp who makes halflings look bad. He partly is motivated by annoying tall people.

So party has got collection of all the island treasure maps they have been collecting for years, got some more and have been buying more. Sailed out in Autum with mostly gloomy weather to explore and loot. Had been to several Islands years ago where Asper and Kali met a imortal who they after rescuing him got sick of his whining and nailed him in a barrel and threw him in the sea. Also found a treasure with hundreds of skeleton guards that was a bit harrowing. Asper and Kali were grave robbers together in old days. So they had some experience as treasure hunters.

First Islands visited:
Mad hermit Island with weird haunted house, stole tableware
Witch Island with a monolith to call dead ancestors, weighed 4 tonne and party nicked it
Kobold Island they traded with kobolds and bought three prisoners including a elf
Druid Island with blood monoliths that the party had to kill
Goblin Island where the ran away from a goblin open cut mine in fear of swarming
Cult Island a former colony of banned cult found tainted gold and a giant death watch bug killed a few followers - lost interest in bug filled island, found clues to next island

Third Voyage:
Bugbear Island was surrounded in sleet and fog but party met a bugbear in volcanic thermal baths who guided them to the fire caverns. He waited with drugged rum and cash for party who left two of the giants men to guard him. Inside a volcanic cavern with paths  a foot above lava river went on  for miles. Killed fire bugbears, salamanders (1st ed style) and holes in roadway full of fire snakes they could easily kill but snakes kept pouring from holes so party ran as Giant in full plate kept them busy. Found fire snake eggs and huge piles of gems and cash. They know they are in fact in a demi fire plane ruled by Pyronex the lord of evil fire elementals. Party using hoardes of undead to clear through encounters (mostly fire spell proof) and zombie monsters to transport dead monster body parts to sell in city. Greedily following treasure deep into monster lands.