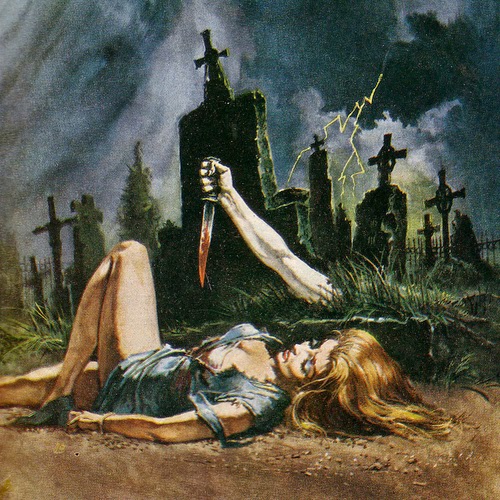 So back in city gang meed a dodgy elf but keen to have more adventurers in party instead of just peasants.  Angel decided she wants another she orc and wants to visit goblin town. Also might get village a new idiot as they promised to look. Through the merchant district they went selling off some trinkets till saw unclaimed baggage auction. Got  few things but Archer got a dark elf tainted relic which dark elf negotiated a loan of 2500gp. So party off to good foot screwing each other for cash and squabbling over alignment. Saw a creep watching angel with hands in his pans then scared him off. Followed him in secret to his home for later reference. All this because Angel wanted to wait on docks for her favorite orc gondalier. Saw a bird get eaten by a tentacle from water.

Found favorite orc gondalier and crossed river. Went through getto and Found a hobomarket of strange hopeless goods and found a idiot on sale.

"Where is he from?"
"I am his guardian he is very dear to me"
"yes but tell us of his homeland, his people, anything?"
"Er I found him a week ago"

Haggled a good price and took the discount idiot.

In Orc Town went to she orc fighter club and Angel told of her dear dead orc bodyguard and how she wanted another like her. Managed to recruit another musclebound six breasted she orc. Archer boasted he could easily satisfy all orc women and the began to swarm him but angel stopped saying he was too weak and feeble and had two idiots to care for.

Left to head back and newbs interested in using bridge. Checked their papers as had heard of trapped residents on bridge. Angel went by gondalier as she found orc most charming she ever met. When others got across bridge minus some pick pocketed goods they saw Angel waiting at front of pne of the new cofee shops springing up all over town. The pervert from earlier was there too so they chased him off. Angel found three lost children and promised to care for them and recovered goods from hotel that kicked them out when dad missing while selling item.

Back Angels poorhouse put up the idiot and orc in appropriate lodgings and checked on the riding spider was ok with orc kids playing with him and combing his luxurious black fur.

Evening Angel went with Mother One tooth, gypsy and orc girl looking for lost father who was apparently dragged into ewer and murdered. Ascertained where children lived and aranged to swing by on return to dungeon. Dark elf and Archer sneaked up to perverts house and spied on him doing something with no shirt on table upstairs. So they smashed down door and entered his chambers. Covered in skins of victims draped over chairs at dining table with women's faces sewn into a book. Party began crewd blackmail attempt but man grew horns and looked really unimpressed. They both started shooting him and he replied with fire shuriken and magic missiles almost killing them both. Just killed him.

Angel helped out with contacting police who removed the "evidence" very keenly to the secret police museum of torture and helped the Archer apply to occupy and buy the house. As it was a serial killer house got a good price. A month to sort out paperwork and some stamp duty and would be archers own house and let him apply to be a citizen. All pleased party went to countryside and returned the lost children to kin and their money to uncle. Angel took archer to daylong service which he promised to do after last healing.

Back in pub near parties dungeon they all got drunk and reunited with local lads. New village idiot give his box to live in by bridge. Archer tried to crack onto his girl the gypsy who demanded leather Armour for sex. She had scared off any other prospective dates with a knife. But then the dark elf seduced her and archer lost all interest. Party squabbled with Angel explaining how we must unconditionally aid each other or she will have to start charging for healing. Heard gossip of dungeon recruiting.

Party came to dungeon waterfall entrance and saw cultists in masks. Ambushed and slaughtered them and kept one to question. Cultists had invisible skin under robes. An effect of being devoured by their god and reborn. Checked around areas they cleaned out and went to kill a few orcs and kobolds. Dark elf managed to weasel his loan from 2500gp down to 80gp which he paid off for dark elf relic that improves armour and speed in dark from archer. Was sure item would get attention back home. It did make weilelder see visions of death stalk them but dark elves dont care about that shit.
Posted by Konsumterra at Friday, July 25, 2014