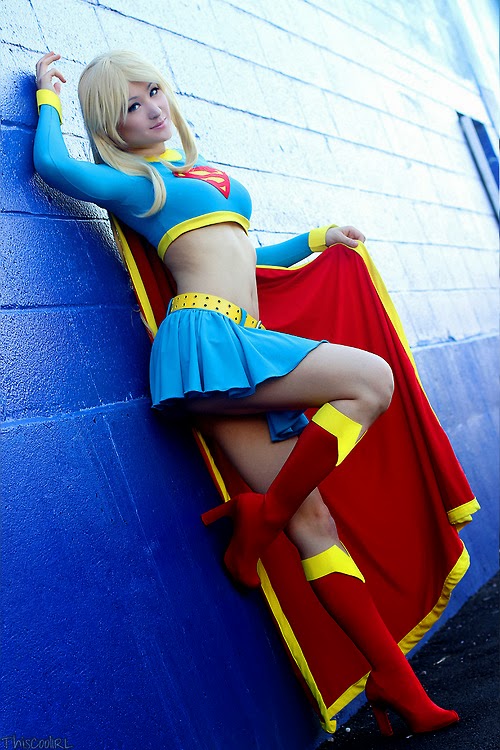 Marvel
Started running this game and hope to do more. Better than my last session wich left me cold from characters jerking each other around and being out of genre. This time had better set of players and i used the superhero code of conduct from Martial Law comic on them. Emphasized need to be publicly decent for survival. I added several items to the code.


Section 3 of the superhero code of conduct - General standards
(1) A heroes costume should not violate standards of good taste and decency. Therefore they must not: a) bear lewd and offensive messengers, b) exaggerate physical attributes c) feature built in weapons
(2) Heroes should treat members of the public in a courteous and respectful manner
(3) Heroes should never use their powers or weapons to take advantage of members of the public
(4) Disagreements between heroes should be resolved though discussion or arbitration, without recourse to violence
(5) Superheroes must not accept or request gratuities from members of the public or for profit organisations in exchange for services except for donation to authorized charities
(6) Superheroes should seek to minimize damage to property, collateral damage to bystanders. Superheroes in public should use minimum force to apprehend and make citizen’s arrest. Superheroes do dot deliberately seek to kill and should minimize the use of force
(7) Superheroes should be a good example to minors and not expose them to harm or recruit them as "sidekicks"

I added last three. In game were introduced in 1950s  when heroes under scrutiny for various activities. So having given the set up better we started.

Andz playing with Stormwing and her sidekick sparrow (aged 18). Got her telekinetic powers and meldsuit from aliens who abducted her and sidekick on a plane trip. Owns a national airline. Form fitting simple design body suit and flight helmet. Generally hangs back with TK powers, while sidekick looks after injured. Kid brother Sparrow 16 is developing powers and tags along but says he is 18 on TV.

Olaf playing Magpie, actually a middle eastern daughter of a Hittite god. Has even a pocket dimension home through a mirror on her farm property. A Mediterranean garden and house.  Has power to animate matter and has wings. Also uses a a sword and likes to turn foe weapons into restraints. Has a gatchaman style bird themed suit. Learning to shape weapons and armour from available matter. Likes to turn your weapons into handcuffs.

Rob playing Doctor Drake and agent of Australian Paranormal Intelligence Agency who is actually a exiled dimensional space dragon. Mostly hides powers as just super martial arts. Is strong, invulnerable and telepathic. Hides flight by skipping on objects like martial arts hero. Chosen form of asian man wearing a suit. Tries to get others heroes to register themselves and work with spooks. Has lots of crime and agency contacts. Monitors heroes and cuts red tape for them.

Skinner plays a guy who has come in contact with subterranean atlanteans who have given him enhanced fighting and intellect, power to transmute simple elements, and a cyborged body. Has returned to build a corporation and a basic black and green battlesuit. Named self Tank. Has very awesome armour defences. Likes to turn things into inert gas o form solid carbon from air of flamable gas

Party met on a rooftop and discussed plan to start a new team. occupied and refurbished previous team bunker under asylum island. After a few weeks began looking for trouble. Drake had contacts warn of a gang hit on a lab making mutagenic compounds and staked out building. Skull gang in masks and SMGs escaped buildind and piled into van. TK lifted van while Tank and Magpie and Drake charged in. Moste heroes unharmabble but they dealt with gang. Discovered robbery cover up to hide lab giving drugs to gang for months. Located gang pad and raided. Top floors of abandoned hotel on Diablo Island slum land. Spied on gang briefly before attacking from multiple directions and hit them hard. Most went down but one had taken monster drug and hulked out. A huge battle ensued party dropping to ground floor and carrying out battle to empty lot outside. Got to enjoy some punching people through walls and learning team work. Monster thug got to punch Tank into Magpie and into a car. Monster went down and party helped clean up and bought woman a new car. Sparrow worked to remove wounded bodies from scene. Party got positive press and attention of mutant gangs.

Stopped two more mutants by hiding in safe as monsters broke in through bottom. Learn joys of fighting two strong freaks in a metal drum. Remnants of gang after cash in Chinatown.

Mobsters found behind scheme and police request heroes aid (cheaper than risking cops). Magpie burst through room confronted mob boss and got into fight with his ninja mistress. Tank disintergrated wall to face a crowd of guys with auto rifles and AP ammo who could hurt him. Dr Drake and Stormwing went into lab and nabbed a scientist before two mob robots popped up through floor. Stormwing began developing forcebolt. Magpie developing armour. Tank developing flight in his battlesuit. Dr Drake developing psionic radar. A few thugs punched through walls later and situation contained. Heroes using teamwork and powers effectively.

Later on Two players over for some extra adventure. Mopped up a gang surgically modified into 50s frankenstiens in a purple armoured car. Ambushed on bridge and saved cops.

Later Stormwing heard from her parents that Gina Rienheart billionaire miner was fussing over some mine disaster that she tried to keep lid on. Flew to WA in private jet and Magpie and Stormwing and Sparrow flew down. Heroes told APIO and reported to absent hero Tabloidia a known gossip.Found media camped at fence and crowd of security and rescue crew around minehead. Also Sandline International mercenaries. Heroes land and declare here to fix everything. Mine exec asks them to sign a nondisclosure agreement over secret mining company tech. Miners on verge of riot.

Heroes ignored red tape request and flew dawn into depths and through blockage to find a crashed saucer. Defence borg got hostile and started shooting. Heroes missed but recognised worst case energy beam they had seen. Magpie tried to scramble robot but it was a liquid metal in a forcefield that resisted. Still kept him busy. Stormwing threw iron beams at robot who shot them down. Tried to wrap him in plate and he shot that too. Sparrow meanwhile sneaked in saucer and Stormwing flew inside after foolish lad while Magpie kept up trying to break up robot.

Inside met knob headed aliens and fight ceased. Aliens explained they took 8 miners and as one of their kind was taken by humans. Robot had disintegrated mercs and collapsed shaft. Heroes found aliens civilization not responding after 300+ million years so they were happy to help. On surface confronted suit. Eventually got alien location and returned him and hostages. Angry mob outraged over company secrets and threats from heroes to expose illegal extraterrestrial contact. The miners let media in so company caved in claiming they thought it was an animal.

Team helped move saucer under the sea where they could spend months on repairs. Also offered to help heroes in future.

Back on Asylum Island Bunker found Tabloidia in base eating their food.They had a row and he sorta agreed to play nice now. So let him have a training battle with them in huge empty underground warehouse size of a football field. Dr Drake and Sparrow watched from TV.

Tabloidia was a dirty journalist who found artifact that gave him costume and changed him. Can lift 10 ton, teleport and fly and is a awesome martial artist. The artifact in his hands is a camera that bonds to his chest and covers him in a suit with large glassy disc on chest. It has X-ray vision, flash attack and can record everything. He is kinda a jerk more like spiderman than a frontline brute.

Glad to have running again - a good fill in and drop in game for club.

Will get more supes stuff posted here now and some tables.