d100 a funny thing happened while the party away.... 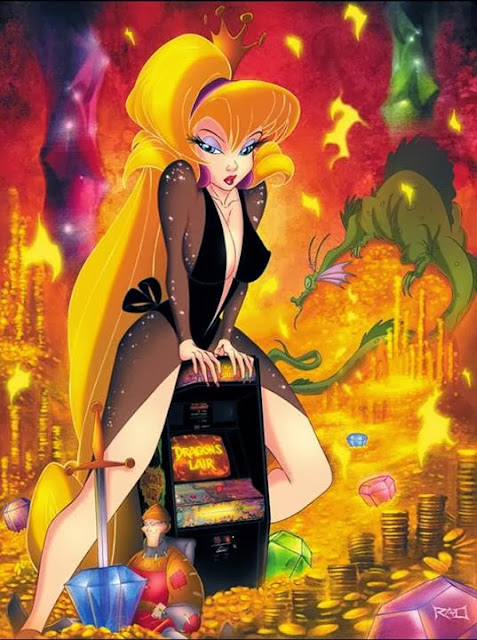 So will be glad to have days off and not running club lots and working less for a bit over xmas. Might play at friends warehouse for a day in session soon. Some extra players soon in wed game as DnD oldschool mania has taken club and we have many older returning gamers. Many computer gamers interested too. Some of the po-mo magic story gamer kids in black seem unimpressed with direction as club changes. Had three tables of oldschool and 4th ed dnd fri night. Viability is a bit of a struggle due to various issues but Ive loved every minute of it.

I just got a tablet and already it has replaced big pile of books. Great for maps. Done one post here using it. Music and video options in hand too.

This a blog on what happens to characters when players away.
http://the-city-of-iron.blogspot.de/2013/11/underworld-lore-dungeon-disappearances.html
Slightly too funny but I like the idea and got me thinking

Big danger of random player sandboxing is that players wanna come back. Ive had same party raid a dungeon 4 times and this taking notes business is kinda like work. So I am contriving this from some discussions with JDJarvis of late in my monster island post:

So im blowing  this germ into tables for indoors and outdoors to cover up locations and change contents of an area. On Pychon id just blow stuff up or something but in regular setting i might need some variety and possibly more subtlety. Basic idea to drive players from returning to location or make return to somewhere more interesting. Players may go on instead of flee. Let them but make life tough and are unfamiliar. You might need to make an area more hostile than maps indicate and want to remodel the hex. You might want to use to ad some history to an area or a boring dungeon might need more backstory. You could roll for a complex if left a while for a dungeon event while party away or do this to one of their properties then send in to clean up.

d50 Outdoor hexcrawl redecorating
1 Bushfire razed area into soot, ashcloud, smoke and burned logs
2 Snowfall buried everything
3 Earthquake swallows everything or created ravines
4 Mudslide buried everything
5 Tsunami buried under water and debris
6 Flash flood covered everything in water
7 Plague of critters swarming in millions, frogs, worms, mosquitoes, flies, mice, stirges, rotgrubs
8 Underground collapse of mine or cave changes land shape or stuff falls into sinkhole
9 Meteor strike from space fills area with craters
10 Drought everything unrecognizable without vegetation, desperate hungry beasts
11 Crawling with plague of undead, gathering for festivities or war
12 Battlefield with armies locked in struggle in huge dust or smoke cloud
13 Dust storm covers all in choking dirt also buries stuff
14 Disease outbreak effecting animals and people, driving them crazy and hostile
15 Wild weather like cyclones, storms or hail make travel virtually impossible
16 Monster hordes swarming in area for war or festivities or holy event
17 Mutagens warping plants and animals into horrible creatures
18 Kaiju battles have changed land and made less hospitable, some leave giant lice or toxic waste
19 Cursed land turned sour from influence of a god or monster
20 Volcanic activity and lava, possibly attracting monsters
21 Fire rained from skies burning, killing everything
22 Bolt from heaven blasted the land, now a cursed land of mutants
23 Area sunk into cursed swamp with beastmen and cultists building stilt villages on top
24 Prehistoric undead horror monsters dig up from below ruining land
25 Gods changed the land due to some great epic agenda or jut to remind us of who is in charge
26 A barbarian horde arrived and set up camp, they kill any intruders at this stage in settlement
27 An army in area interrogates and torture any they find as potential spies
28 Monster hoard killing all in area such as giants, dragons, demons, lycanthropes
29 Cloud of toxic or flammable or asphyxiating gas
30 Huge subterranean explosion blows open earth drowning area in fire, smoke and gas
31 Supernatural woodlands hostile to humans grows rapidly, populated by sylvan life
32 Gateway to underworld opens releasing undead, monsters, devils and demons into world
33 Ancients awaken and reclaim land from hidden crypts where they have been sleeping
34 Haunted mist rolls over land claiming for evil, supernatural minions and magicians loose
35 Star or fragment of moon falls from sky leaving strange blasted wasteland and weird beasts
36 Ice covers land in great sheets, bringing monsters and becoming a supernatural land of winter
37 A god came and moved some features to another plane or far away land
38 Someone opened crypt of the elder ones, ushering madness and monsters across land
39 Evil magical being covertly taken over area, uses minions to keep party away
40 Elemental beings of roam land changing rapidly until mighty magicians and gods drive away
41 Water contaminated by toxins, kill or drive locals mad turning some into mutant monsters
42 Violent mob of cultists, escaped slaves, angry farmers or some other group roam area
43 Area over run by slimes, jellies, oozes and amoeba creatures eating everything
44 Wild storms, severe weather,lightning and hail make travel difficult
45 A wizard has unleashed zombies, demons or some other horror across land
46 Royal dungeoneer corp came through stripped all of interest, leaving ruined rubble and dead
47 A defeated army passed through looting all and leaving some troops behind
48 Religious war with two battling faiths runs rampage her with fanatics murdering non believers
49 Non corporeal spirits swarm over area
50 Underground fire in mine, dungeon or coal seam chokes area in smoke and toxic fumes