d100 Hauntings? and Recap of the last year 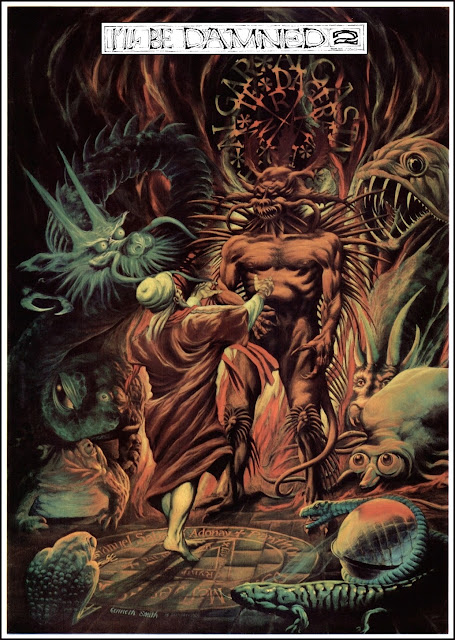 As I've been hammering away at this blog now for a year or so I've been using as a forum to develop my game design for my ongoing games and my hopeful future games.

My DnD Elfmaids and Octopi rules and campaign tables have probably been most successful and used by me in play. Time to revise this in a new PDF. My Redbrick Dungeon zone book is pretty much written just needs some more editing and layout. Started on Gothic zone companion. Have gotten my art I ordered but i have changed my goals a bit so unsure how to use right now. I'm trying to play other peoples DnD and other editions so I can say Ive tried them at least and get a feel for others playstyles. Having a club under my house handy.

Gammaworld was fun while i was running it and i made enough content to run that game for months if i need to again. I would like to run more SF - my own DnD engine version or BRP sf or cthulhu sf. Kinda wishing i had buck rogers rpg still.

Cthulhu: I still hope to run Cthulhu Metropolis at a con. Have some fairly in depth superhero cthulhu notes and lots of ideas will post here. Pretty big so far. My Cthulhu/Darklands 1490 mashup game going well. Im playing in a 70s delta green game im enjoying in a club.  I love 20s Cthulhu but seems kinda spent - I run this when i dont want to think. Ive run so many times, have so many resources. Real issue is finding players where one has not played or read a scenario.

Psychon i will get to run this year and im almost ready to go.

Anyway will have 2 freebie PDFs out over next month and will get a salable one out October.

As I've kinda had my DnD fix sated after a 20 year absence I may go back to RQ3 more and get my RQ babylon project up and running.

I have got to stage where I will be revising, expanding and simplifying many of my old posts.

I need to decide if I expand ideas like my Tabu/Alignment heroes or just make my versions of Paladins, rangers, Barbarians etc. Very few playing fighters so varients doesnt seem worth it if they detract more from a basic class. Some of my old tables from Dungeon Zones need to be d100 not d20. Will work on finishing my Shadelport maps too. A PDF on that city and Island setting might be nice.

I do get encouraged by suggestions and requests so shoot anything youd like to see me try. A few sentences of comments and suggestions here and there have inspired big chunks of Psychon and make me keep them more regular. So thanks to those who drop a line - it helps a lot.

D100 Hauntings
Why is this dead person so angry? Whats their beef? Did their own actions lead to this or are they a victim? Some undead can be released others are too bitter or black deeds too great. Ghosts may lie too to trick living, even to possibly joining them.

1 Betrayed by lover, robbed and murdered
2 Betrayed by lover who left them to pine away
3 Reputation ruined by villain
4 Married against will by overbearing family or villain
5 Lover went away and never returned
6 Children were all killed and didn't last much longer
7 Got the plague, never got to experience anything
8 Killed by random criminal
9 Died peacefully but body disturbed by grave or corpse robbers
10 Belong to long gone race, sees current folk as invaders and murderers
11 Addicted to drugs, ruined life, killed or died over complications
12 Was punished and tortured unjustly
13 Buried with wrong name in wrong place
14 Lived in place all life, died, disproves of modern remodeling
15 Was betrayed by best friend or sibling
16 Bankrupted and ruined by circumstances into poverty then death
17 Insane in life, imprisoned and angry most of life
18 Disabled and angry, struggled to live well but always knocked down
19 Hateful miser never felt joy in life continues to be bitter and hateful of life
20 A scholar of black arts dealt with evil forces
21 Poisoned by kin or partner for profit
22 Executed for heinous crimes
23 Died of starvation
24 Died of exposure
25 Imprisoned and forgotten by cruel kin
25 Black magician longs to return, seeks power over living
26 Greedy and insatiable, died ignobly from greed but wants more
27 Seeks to warn living or scare away for own good
28 Unhappy at disrespect since death now vengeful
29 Was a horrible person in life, angry at not being admitted to heaven
30 Cursed for some act accidentally committed
31 Cursed for some act willingly committed against another
32 Robbed abandoned and died alone
33 Committed horrible crime on innocent victims
34 Was not buried with correct offering and rituals
35 Greedy family robbed grave goods and estate
36 Killed far away from loved ones
37 Abusive to servants and allowed some to die
37 Wants to confess sins but never stops, furious if ignored
38 Failed in duty due to laziness or vice resulting in death
39 Failed in duty due corrupt betrayer now cannot rest
40 Outraged by modern values like lack of war mongering or killing kicked or vice
41 Body was destroyed to hide a crime
42 Body was hidden without proper burial
43 Unhappy that ex partner remarried so fast
44 Seeks to corrupt, deceive and kill as revenge against living
45 Tried to fake own death and instead was killed
46 A mistreated slave or convict labourer
47 Accidentally killed loved ones
48 Locked up as mad till death when actually a tragic victim
49 Killed in a careless accident like fire or fall
50 Killed by invading soldiers
51 Killed by cruel madman
52 Suicide over some other death or tragedy
53 Grave was built over
53 Supported person who proved to be wicked
54 Did or said nothing while horrible crime committed
55 Crippled by terrible illness, enraged by pain
56 Killed by angering dead, now joins them
57 Killed on a pilgrimage or during religious ritual
58 Broke vow or promise died witnessing tragic outcomes
59 Stole from or robbed innocent or holy goods
60 Terribly lascivious letch killed by lover or lovers kin
61 Unjustly alienated community against tradition
62 Failed to for fill dying parents or lovers wishes
63 Abandoned children without care
64 Discarded child of infidelity or mistreated bastard
65 Showed disrespect for divine powers
66 Made wealthy by amoral or unholy means
67 Was owed money and died pauper or sick
68 Was a terrible debtor who left many others in hardship
69 Gossiped about and defamed since death
70 Abused and debauched children denied peace
71 Mocked a holy person or witch
72 Cruelly mistreated and mocked the poor
73 Greedy drunk could never get enough while family suffered
74 Cruelly treated animals and offended everybody with behavior
75 Didn't give spare cash to religious charity
76 Didn't aid desperate family when could have easily
77 Lied about other person who was punished for crime
78 Lewd wanton behavior and corrupting others
79 Convinced by evil lover to commit crime
80 Neglected duty at bequest of wicked lover
81 Lover with known worker of evil and suspected black magician
82 Used magical charms, trinkets and potions not approved by church
83 Poisoned others for personal gain or convenience
84 Got rid on many married partners for gain
85 Exploited others with romance and seduction for criminal gain
86 Failed to warn someone of danger
87 Started a fire or caused disaster that killed innocents and never admitted it
88 Read blasphemous books
89 Offended ancestors by not carrying traditional grudges
90 Offended ancestors by not making offerings and prayers to them
91 Offended ancestors by not wearing traditional dress on festivals
92 Offended ancestors by denying family name and heritage
93 Tried to lie to gatekeeper of underworld
94 Offended death with attempts to live beyond allotted time
95 Judge of underworld turned away for misconduct in land of the dead
96 Ferryman of the underworld unimpressed by fair evasion
97 Gatekeeper of afterlife unimpressed by manners and lack of humility
98 A holy power is punishing soul for life of sin
99 Cannot pass over till learns who parents are
100 Performed foul rituals to live beyond death