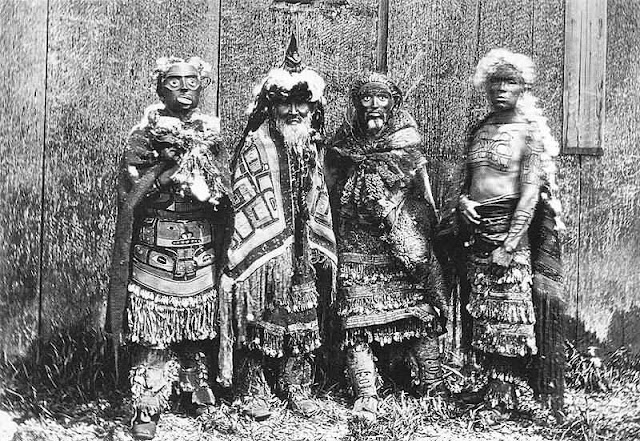 For the record the RQ shaman is the best version ever - i played many shaman for years and kept up with supposed more powerful types fine. Summoning controlling spirits helped you gain power points which gave you more spells and enchanting power. Not really translatable to dnd as was. Id toyed with shaman or psion but making this spell list finalized it. If you have a shaman they may meet minor local spirits most beings never see. A golin shaman might make a deal and got an allied spirit to help or alert them. A wandering shaman can be in peril, at home he knows the local spirits and has relations with them.

Spell components for mentalist spells
Mentalists use some kind of material focus which is not consumed like a priests holy symbol. Shaman use talismans as material components, usually trinkets made with beads, animal parts. They are easily replaceable on a days nature ramble in familiar territory.  Psionicists use crystals and jewels instead with a value of 1gp 1st, 2gp 2nd, 4gp 3rd, 16gp 4th, 60gp 5th, 360gp 6th, 3600gp 7th. Any type of mentalist may use tattoos or body paint or even symbolic clothing as a foci components.

Often accompanied by verbal components including poetry, boasts, shouts, growls, naming the style, recount the ancestors, stating what you are doing loudly or some such gimmick.

That's why these NWP are available:

Shaman are the traditional healers, prophets and dealers with spirits for tribal cultures. Shamans can be any age and one may be a hunter til 50 before the shamans call. Many shaman apprentices have suffered some illness, loss or harm of some kind which alters their world view and opens their mind. A shaman teacher tests the apprentice and exposes them to the spirit world. They act as teachers, healers and diviners. Some prefer abilities of a physical nature or even call on abilities to control the physical world and elements. Shaman learn spells by deciding what powers they require then enter a trance to capture and ready spirits to be called when needed. Shaman keep tribe and sacred land safe. They deal with everyday spirits beneath the notice of others. They deal with the ancestral roots of things and study the lineage of all back to the dawn time. Shaman do everything by rote learning, memorisation and personal teaching. Shaman are common among humanoids who prefer demons, bad spirits and spectacular displays of Matter manipulation. Civilized mentalists have alternate theories as to how shamen magic works, often being dismissive of shamen as crazy charletans.
-Preselect disciplines before 8 hours trance to have spells ready, spell progression as Priest
- Get +2 any nature related lore skills, survival, history or spirit lore,
- Get +4 Memorize, Poetry, Sing, Chant
-1d6+Wis spell bonus disciplines known at first lv
-1d3+Wis spell bonus in new disciplines every new level
-Can learn disciplines from other teachers or even a spirit 24hrs per lv
-5th level get one apprentice, warrior guard  or animal follower or spirit totem friend, again at 7th, 9th every level from 10th
-At 5th you care for your family and local area
-At 10th you care for your tribe or clan proper and local region
-At 15th you are defender of your nation or people and all their lands
-At 20th you are defender of the plane and all humans

Shaman Spirit PowersA shaman gains a special spirit ally 2HD, +2 to hit, invisible non material. It lives inside the shaman. It can cast touch spells on persons. Move=Wis. Acts as a spy or even heal you if unconscious. Can learn wizard familiar NWP. Often resembles animal on Shames body. Can hide inside your spirit if being bullied. Detects as magic and as a spirit or invisible and alignment.
1st  See auras of disembodied spirits, ghosts, astral bodies
2nd See aura of anything with a soul or mind
3rd See undead or any animated with life force, also if affected by spell, spirits and health
4th Astral travel 1R/lv per day, move = Wis, body vulnerable
5th Astral travel 1T/lv per day
6th Fetch familiar spirit, invisible scout, mindlink
7th Fetch familiar astral travel for you or guard your body when astral
8th Fetch familiar can cast your spells, even heal you
9th Fetch familiar can become visible and talk
10th Astral travel 1H/lv per day, Can astral travel to other planes like underworld
15th Reincarnate if killed and soul intact
20th Can plane shift body to spirits location

Shaman Specialized Traditions
Every tribe and climate type have unique styles and skills taught since the dawn times. Many based on tribal ancestors.

Sense disciplines or spells
Dream Mastery
Create a dreamland of your control, use with other dream spells
Contact Other Plane
Ask advice from other beings 1T to cast one question/lv
Magic Jar
May possess a being or thing and move to new targets, ends when returns to own coma body
Commune
Speak with personal otherworldy power 1R/lv
Curse of Otherworld
Torment spirits, -1hit AC Save rolls if possessed, can have multiple, 1spirit/lv, 100y/lv
True Sight
See vs illusions and invisibility 1T/lv
Anti-Spirit Shell
1Y/lv radius, 1T/lv, Spirit Proof Barrier