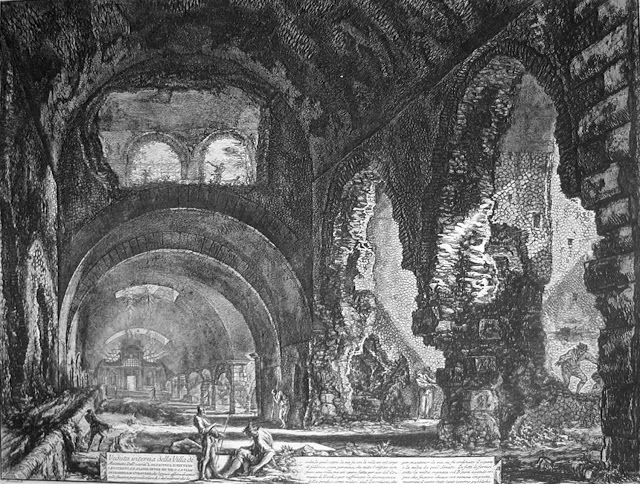 Giovanni Battista (also Giambattista) Piranesi ( 4 October 1720 – 9 November 1778) was an Italian artist famous for his etchings of Rome and of fictitious and atmospheric "prisons (Carcerid'Invenzione). Inspiration of all great Gothic writers, poets and romantic painters in 1800s. Gormenghast and CS Lewis (silver chair) inspired this zone as well. A hint of Rabelais. I think i broke my schedule of postings but sometimes moods win over promises


Fortress Zones
A Piranesi like zone of gigantic castle ruins built presumably by giants. Lit by huge wells of light from above, some areas even contain living forests divided up by shambling castle walls. Many ceilings are 40-100 foot high. Chains hanging from walls and murder holes abound. Deeper levels are huge bleak prisons, dungeons equipped for torture and imprisonment. Trolls, ogres and degenerate giants like Cyclops and formari lurk here, sometimes visiting the surface by the day cycle.  Humans and elves and others have been operating communities with farms and government. Dragons and other larger beast have been seen. Goblinoids and others are seen here but are slaves and food instead of apex predators. Some huge hordes have been found here but opposition is fierce. Ogres and giants, especially Cyclops are the biggest enemies here who kill with clubs, rocks or just grab and eat personnel. Dangerous monsters but room for heavy firepower also. 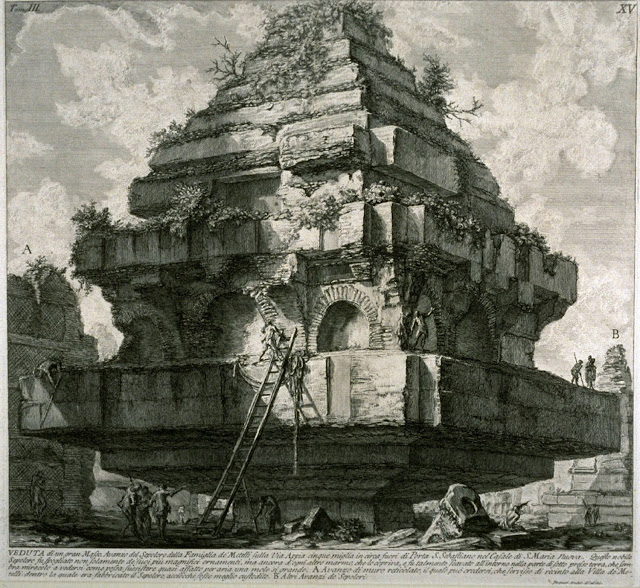