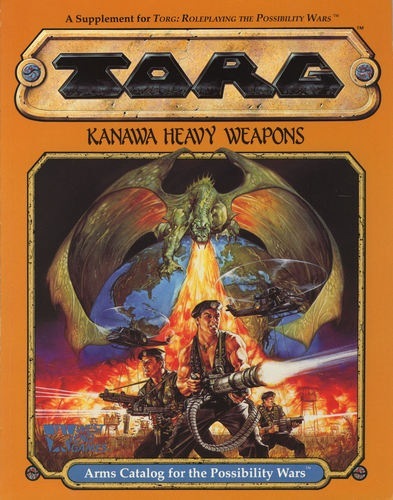 All based on the following 2 blogs

Tales of the grotesque and dungeonesque
http://talesofthegrotesqueanddungeonesque.blogspot.com.au/2013/01/diy-torg.html?zx=2cbaa50d3a44872e

TORG
One of the most interesting games ever in the reality mash up days of the early 90s. Basicly other realities invade our cosm. I stole so much from it but couldn't have run as presented. I would have used marvel with karma tied to possibility energy, or BRP with links of magic points to probability energy. Depend on how gritty a feel. Even just using worlds as straight campaigns or alternate worlds for other games these books are great.

Where it was awesome

Cosm conquering mechanics - while i didn't go for all the details, the basic way invading colums placed stelae to expand in a triangular grid was great. The Darkness devices were great villains too

Villains - Highlords of the invading worlds and an emphasis on a hierachy of villains. Down to gang of thugs to the ruler of a dimension.


Where it displeased me

Game start point - setting with the war underway and weird stuff accepted was a sad loss of discovery and innovation.

Id started party at ground-zero in a shopping mall that has had dinosaur reality overlap and millitary trying to stop. When they escaped to core earth one player was a nudist lizard hippie cultist learning spells. The others had kept their identites but were changed by trauma and experience. While they were lost the world had gone to war.

My other start would be espionage based with agents finding anomalies in diferent countries and fighting x-phenomena till plot of invasion and plane travel revealed then start ground zero in the home cosm mid campaign. Of course my DnD long stair is about a dimensional battle of modern military vs oldschool DnD modules so isnt a big leap.

Core earth vs invaders - too gonzo for start, needed to happen over years, i just never got the feel. Id rather be more gonzo - cosms invade superhero world, or more gritty like chaosium mechanics. Now id consider DnD but classes might be too limiting. Perhaps easier class shifting rules for plane hoppers.


Aysle - dnd world, a bit average but cover is awesome, i probably least used this one

The Cyberpapacy - french medival papacy meets the matrix and cyberpunk - godnet was cool - weapons and vehichle art some of the best ever in a game book - steal for any near future game or even traveller.

Land Below pulp and dinosaur realities merged in subterranean lost world.  Idea of mashing realities like this should have been bigger.

The point of all this...
So the two links on the top of this article asks what games/genres would you invade your core earth with. With possibility of using your old underplayed game supplements. I kinda dont want to be replacing world with just fantasy honkeys either.

Europe & Russia - World of darkness - vamps, witches, werewolves, horror, faerie tales and supernaturalism - some DnD and medieval leaking in too

Iceland - overrun by giants and vikings and trolls