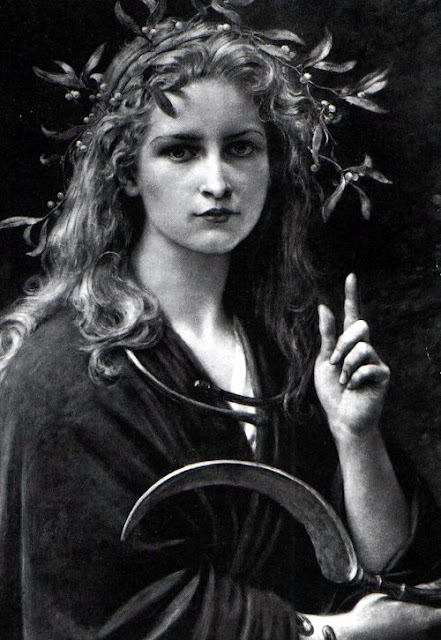 Druids have a fun spell list and I probably changed them more than any list. I allow evil druids and have mentioned I have some funny alignments. Probably a fairly heavy alterations the class. Possibly add a sea druid and a cave druid but need to think more about them.

Druid
Priests of nature, elemental powers and the cosmic balance


Druids are related to priests but have their own spells and some differences with amour and weapons. Druids deal with nature and the common folk who follow the old religion of megalith builders and beast cults. most follow the middle way and serving the balance or are just neutral. Druids use warrior and priest proficiencies, often specializing in a terrain type or beast species. Druids frequently have maximum animal followers with charisma or spells. Druids of separate sects or with disputes often battle ritual duels. Druids have different weapons and their spells are more useful for attacking.
-Spell casting from druid spells, must prey for 8 hrs to recover, learn prayers from knotted cords, marks on bones, tree bark books
-Many druid spells reversible* but you must learn separately, tend to be more for evil and invent an evil name for them.
-At 4th a 1st lv warrior, druid or bard or animal is sent to serve you, animals may have HD up to Druids
-Build a shrine at 5th +1d6 followers, a temple at 10th +2d6 followers and a monument at 20th +4d6 followers
-At 6th lv you attract another follower and each lv after

The servants of the balance (Priests of the balance) Piebald Robes BM BN
Actively intervene with natural powers in any swerving of alignment forces, all must be kept in the balance or else
Wear patchwork, shabby robes and clothing, prefer piebald and brindle beasts as friends
Staff, Sling
Balance Lore, Chaos Lore, Law Lore, Legal Lore
3rd Lv Immune to curses
6th Lv Alignment detection always detects as own kind or detect nothing - druids choice
9th Lv calm 1d6 HD/Lv as priest power vs angry or violent people
14th Lv may call a hero from another world of equal Lv
18th Lv may plane shift per lv per day to parallel universe

Posted by Konsumterra at Saturday, December 15, 2012