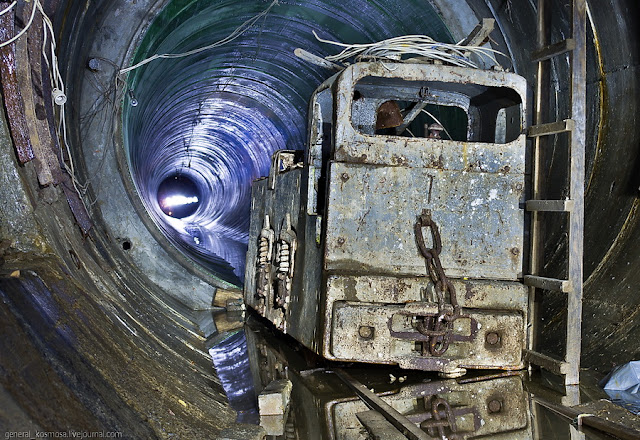 This actually happened before the last post. Have been working on tables for various dungeon zones for long stair but i realize they would work in my normal DnD so ill continue working them for future. My parents ended up sick so xmas was cancelled and I hung with friends clan instead so all good. Friends coming out of the woodwork starting to happen. Happy new year if you dont see me post again before then.

Caught up with John and Richard who I used to game with weekly plus for over 10 years. Had a quick gamma game with both playing unstable mutants and went through GW2 famine in fargo. As usual the bizarre powers and happenings managed to surprise all. GW2 is one of my fave modules and is a nice start for a game. The automated chicken factory AI and its out of control experimental mutant chickens are classic gamma. Firstly it subverts the real world and takes everything up a few notches.  My players felt sorry for the chickens and were happy to drive them off with fear and kill all the eggs and infants with life leech. Chicken bandits will thrive in the woods for decades. Putting chicken and GM combat troop DNA together probably was not going to make great workers who wouldn’t mind their kin being farmed. I can imagine Cyclops chickens and apes getting along in the anti human war.

Richard played Ritz Hilton, a gentleman steam punk biker on  a crusade to spread eco friendly steam tech to backward folk on his steam traction velocipede cycle. He was unstable with mostly mental powers and a poor dual brain. Fear generation and beguiling (foe uses weakest weapon) were other notable powers. He had electrical generation as his temporary power. He managed to look human, getting pretty tight skin when he was afflicted with a minor cosmetic power. His mustache is all natural. Specialized motorbike cavalry fighting expert starting with a rapier and a derringer pistol.

John played Miyo, a caveman humanoid with a multi-coloured fur body with a bullet head, barrel chest and short legs. He had been an ape slave and tracker for years and had since escaped and joined the local constabulary. A bit scared by tech he has a bunch of Stone Age kit and an Axe made from a I beam. He managed to develop loose wrinkly skin at one point. His idea for improvised shelter building came in handy every day so I’ll make it a regular skill. Being able to make rad-rain proof shelters in a hurry, camouflage to hide Richards bike, etc all proved handy. He has lots of hp and several defensive powers like force field, regeneration and mental control of body. He began with water dependency as his random mutation for the day.

The unstable mutant type is a bit inspired by the current edition of gamma world. Basically they have one mutation rerolled every session/game day and may physically change even may revert to human appearance. Babies kept together need id tags. Other mutants don’t trust them as tainting their bloodlines. The law is suspicious they may be criminals wanted for some face they wore months ago. But if you need a scapegoat unstable mutants are very handy. They usually get more survival skills and have slightly crappier tech and home tables.

The bike made life pretty easy and the avoided encounters and move swiftly for the most part. A damaged bridge took them half a day to repair costing them all the time saved so far. But less encounters over all. While camping under a bridge, a robot cop came to question them. Managed to convince robot they were minors and it failed to contact their parents, social workers or back up so it let them go with a warning and a moral lecture.

The biggest threat was 6 racial supremist knight of genetic purity. Two were knights with riding dogs and lances and scale mail. Four were footmen one with a needler pistol. Richards fear power messed up most of the mounts and broke up the Knights before they got into melee. John shrugged off the needler poison but Richard went down while driving away. John pushed the bike away and hid in the woods. John's TK hand was quite nifty too, chasing knights with spears and snatching their weapons.

The guys managed to scare away most foes – both have high mental scores. Mostly cyclops chickens who are very hostile to humans. While most got away with weapons, a few dropped some guns and ammo. They rid the factory of anomalous chicken men and killed a tree while recovering fuel for AI and bringing frozen chicken patties to peoples of Far Go. Managed to change powers and got some new powers from the berries in the forest of knowledge. Richard got life leech and john got carapace and anti-life leech. Now they have to live with the other vampires and outcasts. They scored a laser pistol, Thermal IR Laser rifle, some .45 magnum pistol ammo, a fusion rifle – no atomic cells thought). Not a bad grab bag of stuff.

The party using stealth, speed and fear managed to avoid most encounters quickly and painlessly. Im quite enjoying so many battle in this game are not fatal. 80% of battles end with both parties retreating. Grenades seem to contribute to the most total kills of groups and players usually try and horde these weapons and fear destroying loot. Typically whoever holds the tech gets the most attacks. Leaders and weapon holders going down is demoralizing for teams plus nabbing high tech is its own reward.

May play again but would like to get a Long Stair game started too. May get 2 more sessions done here.

I will need to get my mutation tables done because I do want to stop characters mutating themselves too crazily. One poor player started a flammable albino insanely afraid of robots. While there are risks in being mutated the odds of getting awesome are better. My main goal will be if you get 10 mutations to roll on more horrible cosmetic mutation. Human looking mutants might not be noticeable, but eventually too many mutations ads up. Something like this:

A fairly big project but I’m still working on it. One suggestion was to break into body parts like hit locations. Im visualizing the mutations more and more as being connected with man made mutagens designed to destroy morale, cause internal dissent in enemies and turn people into living weapons. Others allow interspecies hybridism, reanimation after death, psionic powers, behavioural mods and worse. There are no natural cells in the 25th century, gamma world is too deadly for 20th century life. Radiation tends to reactivate mutagenic nanites and bioengineered cell fauna and makes them interact in strange new ways.
Posted by Konsumterra at Saturday, December 29, 2012