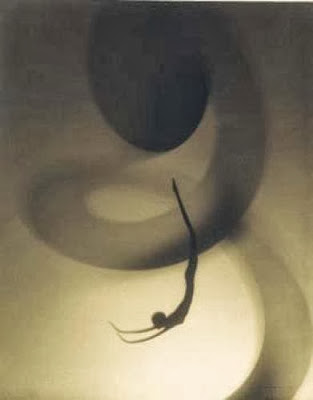 Dreamlands are interesting to explore in many settings. In my fantasy game characters would occasionally enter dreamlands of a ruin they explored making it seem pristine or in the past. A world inside a painting or a strange manor place. Dreamlands can be chaotic places that spawn strange creatures or nightmare monsters. You can enter dreamlands that are echoes of a lost mythic past or prehuman times. You could enter the collective dream of a kingdom or place. Meditation, those born with talent or drugs are used most frequently. Magic may allow goods and creatures to pass through releasing magic and demons into the world. There is a bit of this style going at Through Ultan's Door and a few retroclone products.

Other settings like modern or SF have their place also and Call of Cthulhu has HPL's Dreamlands but there are lots of opportunities in horror for other dreamlands. Visiting Mars and then contacting the ancient martian prehuman dreamlands and even their god. Flashbacks to past disasters or warp accidents might affect the waking world. Robert Holdstock Mythago woods is a good example of an sf mechanic of a dreamlike reality of ancient myths and modern humans who deal with it. WW1 nomans land as a dreamland with haunting effects for poor bastards caught inside. Wizards might travel to and through these worlds. A dreamland might operate like cyberspace or shaman trips to the spirit world.

I've used dreamlands encounter in sf Horror and superhero games. Several characters had dreamlands based abilities like a pocket nightmare kingdom populated by imps or another who conjured animals and fire and things but they came from another dimension. When he went there it was the start of him getting dreamlands powers and conjuring nightmare monsters from enemies dreams.

The overlap of the dreamland might vary triggering minor phenomena, supernatural events or encounters. Might be interesting. The hyper reality of both might disrupt mobile phones and signals or make people vanish temporarily. Ghost like haunting effects might increase also and possibly won't be recorded on cameras. Stranger Things upside down world might be a nightmare world. Robert Holdstock Mythago Woods series is great with a machine to simulate human interaction with the other world. Faerie stories might have similar properties. Even echoes of hell or other planes might be possible through dreamlands.

The intruding reality has a kind of super intelligence but not a human one. There are patterns within that behave like intelligent beings but actually are trapped in loops of limited behaviour. Death is not a problem in such a world as you might return again but will be part of the dream reality or just awaken. Some extraordinary intelligence wants to break through to the waking world and create or occupy a body. It might be possible to create things and bring them back for an experienced wizard.

Cyclopedia and later dnd had mention of nightmare land in several monster descriptions and in the illusionist school in Glantri lets mighty illusionists just move to dreamlands to create their own reality and create dream monsters. So in old basic dnd has hints of a nightmare land of monsters with reality warping weirdness that is much stranger than Ravenloft but it could overlap. You could do a weird dnd modern and mythic reality setting using this stuff.

There are many dreamlands many nightmare lands. Like All have the illusion of being complete universes fully populated mostly form as needed. Time doesn't flow the same here either but past civilisations or eras might still exist. It is a good alternative to time travel or gates. Sometimes the waking world and other worlds are overlapping allowing strange things to enter the world, unreal phenomena or cosmetic changes in the area. Some haunted houses might be especially affected. Certain places might let you interact with dream versions of gods (use deities and demigods stats right so you can kill that form). Temples might also overlap with dreamland or graveyards.

Will try to formalise a bunch of this into some mechanics

I have a bunch of dream spells in my setting but a few extra ones might be handy. I really like the ideas in Glantri sourcebook for basic dnd on dream magic too.

Faerielands have thriving life, magic animals, faerie folk might be present, everything glistens, dark faerie favour fungus and darkness and ore creepy. Vegetation, magic animals and servitors are encounter first like sprites or goblins or birds. Elves are the most militant defenders and frequently enslave humans coming here

Giantlands is the mythic dreamworld of the giants with fuses into the infinite ruins of a sprawling giant city. Humanoids and orcs come to plunder these places for magic and secrets but some wizards and human giant worshippers might come too. Ruins and creeping vine begin to over take it too. Includes area of the great fallen troll civilisation before the mindless cancerous man eaters we know now

Arcadia is a mythical abundant wilderness with plenty of food and wine for all, vines and vegetation appear first like grapevines then nymphs, satyrs and centaurs and magic animals appear even revellers in praise of certain pleasure gods. Minor nature divinities and animal spirits live here in between incarnations. The ruins of the tower of heaven are remaining on some planes of arcadia

Abyssal planes vary but most are harsh, unpleasant and difficult to survive on. Toxic odours take over and scream and explosions and storms can be heard. Each fragment of the abyss is a leftover fragment from creation occupied by demons eager to have land and power and dominion here. Some evil wizards and chaos champions might hold one for a demon who holds many. Demons keen to torment and abuse dwell here but some are mindless. They enjoy contact with the world for real or through dreams. Mostly they are concerned with own power and cruelty but some do mercenary work for hell like getting escapees or those avoiding death.

Hell is a series of linked planes a great prison where gods decree sinners go to be tormented and possibly might rise to become devils. Demons are failed unlawful devils who cannot abide by rules. Devils have treaties with demons and angels and devas and archons. A hellish stench comes through first with imps and damned souls moaning to follow. Hell houses, in particular, have diabolic decor that becomes more extreme and animated.

Outer Void is a universe existing before and outside of reality, it is the emptiness reality occupies and is hostile to the nature of reality. Entities that live here are alien and mostly hostile to life. When you can see the beings of the great beyond the first ones are small, glassy fish like creatures. Serene at first they often become hostile and attack when they sense flesh or souls.  The larger ones are tentacled or wormlike or like deep sea creatures or cave dwelling horrors with alien intellect and some are wizards.

Shadow Wold is a shadow of the reality, a black and white world, a noir land of smoke, mirrors and darkness. Shadow beings here hunger for life energy and are attracted to gates or living. Creatures here shun light and lurk in edges of darkness. Echoes of normal life and places but twisted into a twilight world of hunger and madness. Everything becomes increasingly abstract and nightmarish and you might meet your own shadow self seeking to replace you.

Spirit World is a domain of spirits living close to the waking world often affiliated with nature, gardens, temples, graveyards, hills, trees, forests, bodies of water, artworks and other sites. Spirits in cities are very different to ones on farms or wilderness. Some spirits are friendly some are not, many are witnesses and know local information. As spirit world overlaps mist often forms.

Cloudland is a series of other worlds in clouds reachable through tallest mountains or trees or other means. The lands vary quite a bit many are quite sweet and attractive worlds of child like simplicity, giants, goblins, faeiries, spirits, talking animals and golems living together. Walking into such a world can take you far away as the cloud moves from its location around the world. Some humans used this to explore the world. Children have had adventures here or some worlds might change humans into children.

Underworld a gloomy afterlife place where the souls of the dead eat dust and excrement forever unless their kin sacrifice to them. The better class souls and shades here dwell in cities in comfort but without sacrifices, they might be cast into the gutter if their line dies out. Spirits and shades from the underworld are often hungry and can be distracted with blood or wine poured for them on the ground. Deaths reapers and devils and undead roam here frequently. Some come to save loved ones or plunder treasure. Some caves operate as gateways.

Mythic Epochs are alive and well in dreamlands and can be visited such as when giants and gods waged war or the monster kings ruled or the fist city states of bronze. Some of these replay certain events and some are allegorical or seen as modern peoples saw past not as it was and other distortions. Often overlapping worlds makes things look more old fashioned as they were in that era.

Primordial Times when life first walked on the surface, when various alien beings walked the wastes of the earth in darkness. Gibbering alien titans of the void walked the world. When primordial dragons created first gods and giants and beast lords then tried to gobble them up, when creation began and the later generations of gods were just born. Certain beings in these times do not sense time normally and my hunt you and follow you home to eat your soul.

I did a game where most magic and weird stuff happened in a mist-shrouded dream world by night that overlapped in some places like ruins or graveyards. Faerieland was like this too in wilderness mostly. Caves had own dream underland. This let game be gritty and historical then do moments with magic more possible.
Posted by Konsumterra at Tuesday, January 28, 2020