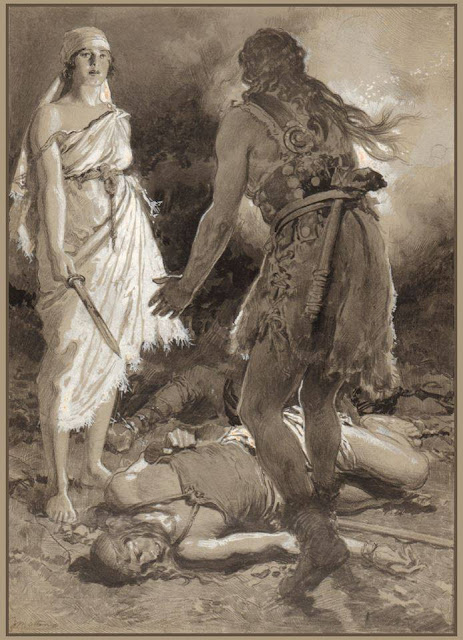 Following from my components for bad wizards here are some alternate means of spell research for my current setting project. Inspired by reading Clark Ashton Smith and others on Hyperborean wizards. Playing with names. The Eldritch Wastes. Elder Aeons, Lands of the Brazen Tentacle Gods. The Orb of Telluria second from the sun Eob.

This turned out better than I would have believed and helps set the wizard tone. Maybe a barbarian (warrior or or priest) life table or war and ordeals and intrigues
A townsman (thief) troubles table or duties of a priest of a city god. If not to similar to old stuff but something to get some ideas along.

A tower and a lab and a library are the basics as everyone knows.
Swapping spells happens but masters and sects guard their special spells.
Alien wizards, adventurers and people far from wizard guilds will swap more.
They are for the common safe methods of research.