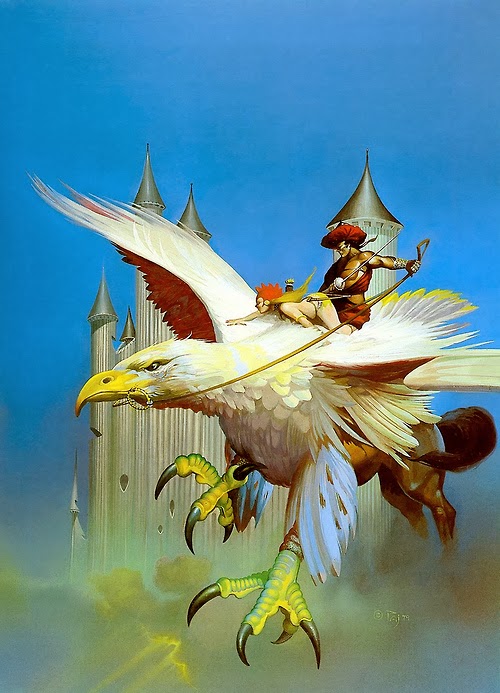 Heroes in the witchhunters citadel meet the council and all watched the fire of a distant village, with cavorting beastmen dancing and chanting. Considered repairing teleporter array, finding mercenaries or trying to manage scientists to cure the influence of the witch water bioplasm under the earth. Party told leaders about the about rock men abhuman builders of the city who were frozen in the secret vaults below. Council agreed to revive them as they had 1930 tech and APC's versus witchunters using Cromwell tech as a model.  Robot party member was proving to be awesome and spoke in character well.

Rock men revived and leaders met. Rockmen claim they can restore city and improve efficiency. They began awakening military vehicles with digging blades made trench works and set themselves in watch over the road. Trenches were set with bombs and slums cleared. Terrorist witch tainted tried to blow up the teleporter that the rock men were fixing and party stole explosives. Casting sleep on guys climbing 40 foot up was sad but effective. A politician who spoke against integration tried to kill rock men diplomats with a bomb vest.

Bored Ice man claimed he could call ice elementals to aid them as he had spoken to some local snowmen. Party followed while they travelled to distant mountans and fought deco ice androids guarding the glacier. Inside battled a frost salamander then Iceman called his god Cryonax to aid him. The evil lord of cold gave him a magic snowflake, as he hoped to destroy the witch water too. A rival to his frozen evil - the witch water fears freezing too. All marched back to citadel and now housed in uptown.

Heroes gathered homeless and poor who lived on city surface to march to the caves and bunker they seized earlier. On the way to safety the goatmen witch army came closer and the Iceman used his snowflake to call a bunch of 4HD Ice elementals. Slowed the army and got poor to safetey.

Beastmen marched into the gauntlet of trenches and cannon fire. Party watched rear of monsters to see leaders and party attacked, pouring spells, dropped explosives on leaders including a swollen headed high humanoid priest. Blast killed most of guards but sleep spells and  electric arcs and robot drill bit hands finished the rest. Shazza the 1/2 icewoman sidekick was almost killed but saved. Evil army routed with 70% losses and party given magic gifts by witch hunters and tech from the rock men. Debates as how to stop witch water with refined more medical versions means not just torture. Rulers offers to teleport party to other lands for the city as diplomats.  Iceman has been carousing and preaching to all about how Cryonax saved the needy and now the poor have their own religion. Awww! A chaotic evil ice gorilla with tentacles is sure to help the poor cope with their problems.

I will run more of this, Im just juggling my games at moment to put cthulhu vikings a go. Will let players decide what will play on wed game. Been play testing Space setting hope players get to have a fight and not be too wary. Im impressed party stayed so long in one hex and might stay in service of citadel lords.
Posted by Konsumterra at Wednesday, February 12, 2014