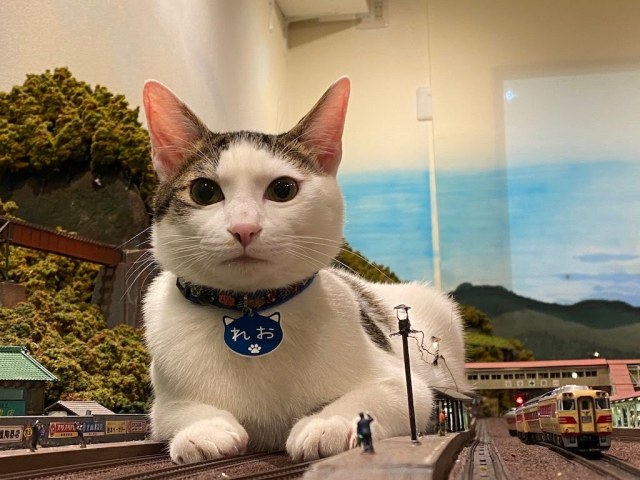 So I have been mostly playing 2 post apoc games and my usual fantasy game has not had enough people to run for 2 months (dad life stuff). So 2 of my dnd clone in gamma world mad max has been most of my gaming and I got fallout4 with all the DLC I didn't have before so yes lots of post apoc weirdness of late. Some good tv too. Just started watching foundation which is like L Ron Hubbard in Traveller. The Empire and the Foundation sound like cults. Also looking after tadpoles at moment.

So the recent game I have been using adventures by various games to fill out a campaign so bits from Gammaworld, Darwins World, Mutant Epoch, Metamorphosis Alpha and Umerica (DCC mutants before MCC and quite a bit better).

Im using Ideas from Umerica adventures Damn Tasty and Burger Wars. I changed some names and town to fit my setting an I will avoid some spoilers here but both good adventures. One character in party has joined the cult of CAPON an AI god dedicated to chicken factories and restaurant chain who asked characters to investigate a town where various food cults seek to control so they can rule over three states then the world. All this chicken cult stuff came from playing Famine in Fargo.

So they got in their halftrack ATV and saw some failed ambushes and giant scorpions they left in the dust before arriving in Shatterville, a once-thriving farm town outside Mildura gang territory. Most commoners had fled as two fast food gangs battled over town like a war zone and the southern half had been swallowed by a salt marsh covering everything in crystals. There was also a factory distribution hub of a snack bar in the town where somebody was working unseen.

When gangs not attacking and killing and eating each other they raided the surrounding countryside for meat and traders and farmers now shunned the place. The warlord who sponsors the players was keen for their report of the town status.

Party arrived and used a drone to get the town layout. Started in on Sausage Kaiser territory and the otherwise metal gang had the support of weird weiner meat androids with comical mascot faces and big gloved hands. These things were expendable and fearless and helped the gang a lot. After a few encounters, the heroes attacked a warehouse fortress but strangeley 2 of them were not up to task of killing the whole gang along and barely escaped because Dozy Galah could carry his 2 laser pistol-wielding pal away to safety for short hops. Dozy had used his vibro blade to cut into the compound initially. Had a chicken abhuman priest and humanoid butler robot followers minding camp.

Also while lasers were cool and most victims not just killed but exploded or turned to glowing ash, light automatic rifles would have had more battlefield effect. So they drove back to the broken hill and explained the situation to the warlord who sent a section of soldiers and a truck. Got to see men deal with giant scorpions well on way 'cept that one time they all fled from overwhelming giant scorpions.

On arrival made camp outside town and took in some troops to get an idea of the town layout. Once confident they prepared to assault. Also brought their ratman pal and attractive assassin bot followers to help. While troops attacked compound gates with grenades and burst fire vs battle axes and muskets the heroes cut in again and fought through depleted lower levels. Found upstairs cult heroes like a fast-food looking Finnish death metal band and had a spectacular battle around a stairwell. Dozy got to fly to lower level to stop meat slurry pumps used to make living hotdog abhumanoids. His pal Janx got to laser his way through the mob happy to be doing gun-fu with 5d6 lasers. They killed the abominations and burned the factory then established their own base in a warehouse. Called into warlord who sent more men and offered them governorship which they declined. So the Luitenant was the official town ruler. A third of the Sausage Kaiser gang was killed by party rest were killed by clowns and some escaped to the wilds never to return. Automatic weapons are used more effectively here despite the fun of exploding people with lasers. Sausage kaiser priests rained down hotdogs over the battlefield, mostly a distracting slip hazzard.

The party have its own building in Silver City and an ammo shop and robot repair store. Currently have a strong influence over a weather isolated valley with ruins and a chicken factory. They have been wary of letting these things cross over too fast but there is now a chicken Attack shrine in Silver City hoping to set up franchises in ruins and settlements. A few pathetic peoples try and improvise a chicken attack restaurant and uniforms in hope of the god of chicken dinners will notice them. Dozy only eats chicken meat now as it has been transubstantiated by god, unlike other improper food.

Curious about clowns, the salt blighted ruins and who runs that snack bar place. Dozy flew onto the roof of the robot truck and cut in to peek inside and it was full of smell old random corpses. The chicken cult might have its problems but at least they were not thinly veiled cannibal cults like apparently every faction in Shatterville. Some ordinary people returned to the party gangland and volunteered to help resettle the ruin properly. One scout vanished in salt marsh areas.

Clowns have been beating war drums after-party killed a bunch of ambassadors offering burgers and vouchers for killing clown enemies. Many clowns are mutants not just costumes and many nights you hear random distant laughter from cannibal clown laughing sickness. Heroes have banned burgers and hotdogs from their turf.

Posted by Konsumterra at Monday, September 27, 2021