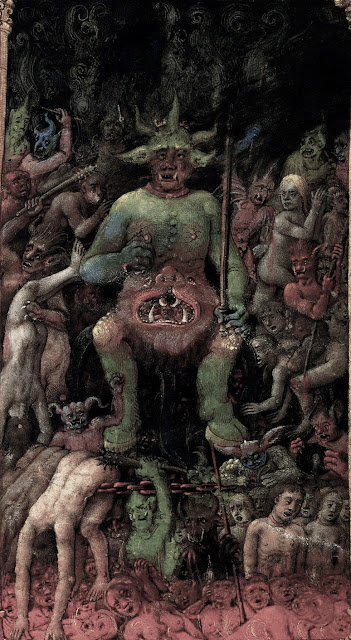 Had a freakin awesome game tonight. In sydney playing in a cardgame dominated goodgames store. Ran my xor natives game again which had some good twisted moments.

I before the game rolled up a tribe of hopeless grey skinned gibbering chaos cultists. I used some of my hell tables substituting devils with demons. I decided their advanced tech was actually demonic tech.

Our brothers raised by the wizard of Skulltower, the raised clone on his second birthday (cleric) and the boy from Scotland (fighter) had been developing their home village. The opened trade with friendly village and introduced fish and mole rat milk and meat to the previous diet of mostly blood sausage. They rescued a Xorian priest and the new cult had built a twenty foot high ziggarutt. The had developed a grove of lorax trees and had raised a pair of bloodhawks to almost ridable age, At third level they wished for new challenges. Asked the master and he introduced them to a old man whose village was kidnapped by goblins and taken to Underxor. They ere not too keen and checked out the pub where antichaos templars were staying before travelling to the north chaos wastes. The adventurer brothers asked the priest about their sect and advised flattery and self depreciation to help work with them. The bartender gave them some tips too.

Spoke to the templars, ten acolytes (C1), a sergeant (C2) and a captain (C4) who invited the lads to join them after checking them for chaos. They drank fermented mole rat milk and ate roast mole rat together and bonded. In the morning they set off to see rains of fire ahead.

Early into the putrid tainted chaos wasteland they heard a clanking and found a dretch demon hammering chains onto slaves. The brothers convinced the templars they should go first to test their resolve which the templars liked. Demon assumed the crab armoured warrior was a chaos pilgrim and gave directions. Brothers attacked and found the dretch quite hard. They has some evidence of the chaos gateway too in a corrupted village  ahead. Found two more dretch burning victims over a gas sphincter valve they had ignited. This time the dretch used a stinking cloud and the other  tried to summon a stronger demon. The greyskin dretch slaves were gibbering fools the templars were happy to kill.

Later found and killed four dretch having a farting competition before having a rest. In the morning they saw a distant village and two more dretch fighting over a larvae on the way. After killing them the Templars now respected the brothers and their advice on non suicidal tactics. They could see a giant reclining figure in the village but lost sight when they got closer without elevation of the hills. Closer they spied through the stockade walls and saw gibbering cultists, dancing with dretch and flying goats and a chaos turtle hobby horse. As they danced the goats would lift a villager into the mouth of the giant with their bat wings. The giant mostly slept and farted after each snack.

They moved around to see the giant from behind which blocked the cultists and demons and goats dancing. The giant was shitting larvae, which a dretch would collect and put in a pit in a hut to wallow in and try to summon a demon noble. The warrior brother realized the eaten people were being converted into larvae and the giant was a living gateway. Party decided this had to be stopped and killed the dretch. The warrior collected the larvae for "safekeeping"  convincing the templars he could use them to trick the demons later. They pondered how to stop the giant but finally decided to gather all the parties holy water potions and chose a volunteer from the templars to lodge to potions in the demons arse as it farted out larvae. The blessed him and he heroically resisted the stench diving in and smashing the potions. A huge explosion and a yelp from the giant later (101 HP damage)  and the upper torso and arms and head lay on their back, the giants face forlorn. The legs were separate and draped over the walls and innards were all over the village and dancers.

The chaos turtle fled while the grey skinned dancers were wailing and gibbering and rolling on the ground having fits. The last two dretch, three evil children and the goats attacked. Most of the remaining templars faced the two dretch, the commanders protected from evil. Two templars took on the children which turned out to be possessed and with giant strength. The brothers took on the goats.

The final battle was pretty tough. Some of the children died but the final one tore out a templa heart and crushed another's skull. The dretch downed most of the templars and when the leaders protection wore off then the dretch tore off the captains head and ripped off his face. The heroes killed most of the goats but one who fled. The warrior killed the evil child while the cleric brother killed the most wounded dretch with aid of his bless spell. Finally the sergeant, the brothers and the two barely standing templars took on the last dretch. One with only a HP finished the Dretch. Then they did some healing and managed to save several more templars and killed all the insane mutant villagers.

The templars subordinated themselves to the cleric brother while the warrior packed his writhing squealing larvae to take to dad the wizard. The collected a good pile of 172 teeth also. Back home the priest was promoted to fourth rank and the surviving templars took him to be their new captain. The warrior took the larvae to dad and begged to be schooled in wizardry. Dad gave him a extra good spellbook for a begginer.

Pretty good session was gross in all the right LOTFP ways and got to use my hell tables based on late medieval art. Plus they cleansed a hex of evil and in a few years after it heals colonists might settle there. The new settlement table was nice too. I only need a religion of Xor article and spell section to clean up. Ive blown my budget for new design pc working interstate and trying to live healthy and my pants are in constant danger of falling off even with a belt. Hopefully will make some profit from work and my health is good.

Will get a game or two more in sydney and players will be heroes riding giant blood hawks by then.
Posted by Konsumterra at Friday, July 07, 2017