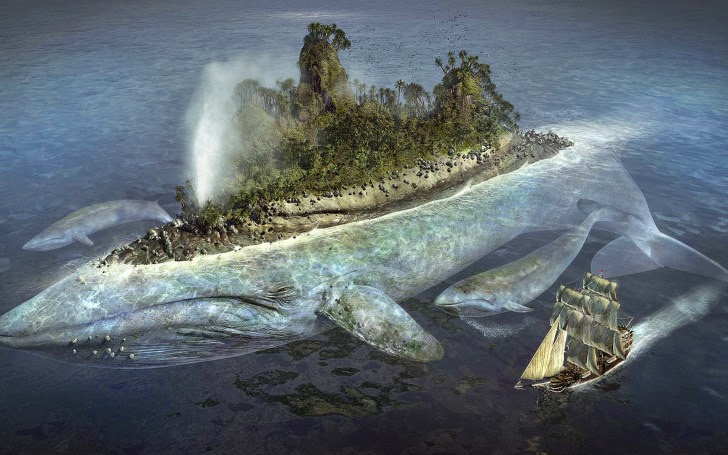 So our heroes finally escaped the starship orbiting the moon, a generation ship that never left earth like the Warden did in ancient times. The escape pod came towards Psychon (or earth as ancients called it), they saw the orbital arrays of the gods and the multi chromatic hexes covering the planets surface. Some god guided them down with a ray sending the escape pod into a glacial wall between two hexes.

The crew disembarked back home at last, aware some god had dragged them here. None had cold weather gear so fled down glacier into a new land.

A unicorn headed beast woman
A copper skinned monk with  goblin archer and ferret familiar and a riding centisteed insectoid horse
A food  robot able to become a moped, wetbike or dual gendered humanoid with a cleaning drone
Dr Greed A time travelling rogue with his girlfriend and riding scissor beetle

As they fled the ice and snow they saw the strange new land. Under the ice was yellow soil with red rocks. Great creamy seas littered with emerald and red islands. Around the coast were more red and magenta forests with a dimly glowing yellow wastelands deeper inland. The sky was dim and grey, lit by auroras and occasional flashes of lightning. As they climbed down to the treeline there was a small quake collapsing the glacier behind them absolutely preventing backtracking. The gods of Psychon no doubt.

Reached the creamy seas shore and looked at distant island covered in emerald slime and red rocks. They went to build a raft from the trunks of magenta wood and while they dragged it to the beach saw a mass of seaweed with eyes arise and crawl towards them hungrily. Hit with missiles then leaped into melee. Monk with hands, rogue with two swords and robot with a buzz saw. Once it was inanimate the goblin began picking out the tasty eyeballs. The robot analysed it and determined it was nutricious so he consumed some he could process into food with his flavour banks. Tiny crabs scuttling about which goblin licked - "ew eucalyptus crabs".

Got raft in water and used robot as an outboard to move to island. Once landed killed another seaweed beast and went inland. Saw a horrid mass of sewerage which bubbled on approach. Mystic symbols formed on it's oily reflective surface as it formed a disgusting oozing humanoid. A sewerage golem, 12 feet tall lumbered at them. Hurt it a bit but party fled. Hoped to stalk with arrows but it hid somehow.

Found red rocky ruins with a gaping doorway into dark cave. Crabs, barnacles and weed covered walls. Robot put on his lights and party went down. Possibly tidal movements flooded the tunnel so they moved fast. First chamber had two bull headed statues a altar and a pile of tablets the robot recognized as cthonic rituals. Art on mosaics depicted bull men fighting bat people. Rogue went down a passage to find three blue skinned people with green eyes. They wore jumpsuits, had holstered weapons (marine frequency light lasers). The ate kelp foodbars from plastic boxes. Rogue sneaked back and others willing to be friendly.

Turned out they were snooty and a bit rude but ok. They were atlanteans and refused to tell secrets of their kind or help party. Finished their food and left/ Party explored a bit more and found eels in a pool. Gobin caught one and offered to robot to analyse and synthesize the flavour and protien but the eel shocked the bot stunning him. Rougue skillfully ran around room walls while others took other route. Found stone chest with blue metal plate designed for ox man. Took it anyhow and left.

The sewerage golem awaited and they had a fierce battle covering themselves in feces. Robot used cleaning drone to freshen everyone up. Smell of bleach and ammonia was an improvement. Got back to raft to see atlanteans walk into sea. Set sail but tidal waves forced them to beach. Ox men with cubs came to inspect them but seemed to be not hostile. Bull men boasted they had discovered party and they should follow them to village. Party agreed and followed them. Glowing mutants spied them but feared the seven ox men. Anotherr band of seven ox men apeared and the first group seemed anoyed.

Both groups began boasting and formed lines to face each other bellowing. They told humans to stand back during battle to see who would claim their discovery. After a good abusing each other they began headbutting each other, locking horns and shoving each other. Occasionally one would fall and other would stand over them beating their chests. After fifteen minutes the original band had a close victory. So they continued march with the subordinate band in tow. Saw large island with some buildings on way. Out of sea came a band of Tako octopi folk concerned for party. Explained how bat and bull men were foes in ancient times and both served cthonic gods. When almost extinct they banded together to survive newer threats and abandoned vile gods to adopt human ones. Now both dwelled in village but both breeds resolved all conflict with boasting and ritual bouts of harmless battle. Also the atlanteans were a small colony living in a undersea lab. The oxmen were a bit restless so octopi bid farewell and invited them to visit their island.

Took party to wharf and trade camp where met the magenta bat folk and dark blue skinned men. Sailed over to island and landed. The ox men boasted to all who gathered (most of islands 200 beings). Once they had glory they lost all interest in party and wandered off to get drunk on fermented ox milk. Dock folk pointed them to buildings in middle of town used by both factions and foreign folk. A mostly empty shrine to Kernu and a mixed species pub. Inside ox men and bat men and blue men all mixed. Explained to party many horrors of the realm.

Strangest of all was the supposed hidden race. Party keen to hunt pirates and see if story of underground city true. In the night Dr Greed saw a periscope rise from floor and he pretended to remain asleep.

In morning party went to ox king and sold him armour suit for gold and rent his ship and crew. Party keen to explore some islands. Dr Greed got bat men priest to heal him and bat folk all strutted about claiming they're healers must be the greatest. Monk recruited a promising youth as a monk and initiated him. A stranger joined them, a sorcerer who party were suspicious of but decided to keep near. Impressed Dr Greed with identifying magic item he had carried for ages. Party set sail with ox men oarsmen.

Almost near pirate islands when saw dolphins. Only were not dolphins. Shark-woloves leaped from water and onto the deck then transformed into were wolves. Many could not harm them. Ox men though huge were powerless and panicked. Goblin normally a deadly archer could not harm them. Doc Greed had magic blades, the robot had a magic buzzsaw and the monks could harm magic beasts with bare hands. Sorcerer helped with spells too. Greed killed one wityh a laser pistol. A close battle with many almost killed. All feared Lycanthropy infection, the boat was off course and ran aground while most ox men unconscious. Sea wolves returned to human form dead. Two escaped.

Many mysteries to solve....
Posted by Konsumterra at Tuesday, January 27, 2015