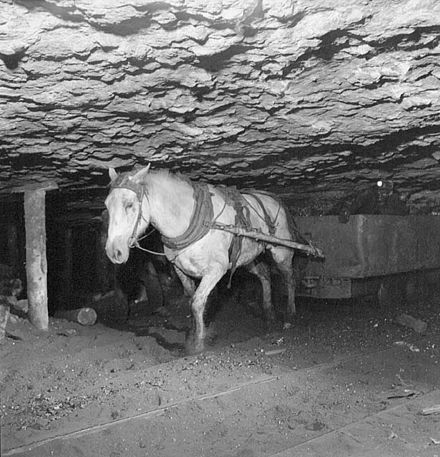 Psssst hey buddy, got too much loot to carry out or the dungeon? Too many situational magic doodads and equipment you need what I got! Every murderhobo needs a secret supplier for practical but unpopular animal helpers perfect for dungeons, caves or difficult mountains, All these are as big as a human at best and if you need to carry them over an obstacle or lower them down a pit you can. Many are edible and be extra rations, but best you turn back if things that bad. Don't show normal folk your beasts, most won't understand.
d12 Dungeon Cart Beasts

1 Pit Pony 30gp - small horse, blinded by miners it tolerates darkness and -2 to hit in dark or lights it is use to sightlessness. These sad animals have lived in mines for years and this one has a good season or so left, with old tack and harness and a small cart, you'd be doing it a favour to take it into a dungeon  AC+1 HD1 Att bite d4 or kick d6 Mov12 Morale 6
2 Zombie Pony 200gp - small horse killed, kept in brine or vinegar and its holes sewn up to stop flies getting in. Follows basic commands will attack what attacks it. Has infravision. Same defences as undead but a bit slow. Good for several years or longer if looked after, also used in evil mills and paddlewheel boats 200gp AC+1 HD3 Att bite or kick d8 Mov6 Morale 12

3 Cliff Goat 12gp - smaller than a pony, better at climbing, horns for butting anything that gets close, can be vocal and uncooperative if mistreated and good at escapes.  Can be loyal if treated well and get +1 morale. Good eating if needed AC+3 HD1 Att butt d6 +1 with charge Mov12 Climb 6 Morale 7

4 Pack Dog 4gp - a hefty work dog carry a pack or pull small carts or sled. Can be loyal and defend themselves, good teamwork and alert versus threats. Good for meat and fur. Work in mines, hunters or explorers AC+3 HD1 Att bite d6 Mov 12 Morale 8

5 Cave Worm 70gp - a giant caterpillar will pull loads, usually, white or purple or grey or albino depending on what they pupate into when read in d4 years. Skilled grubbers know when to sell them to idiots before they become less cooperative carnivorous beetles. Some insectoid beings find this practice offensive AC+1 HD1 Att bite d4 Mov6 Climb 6 Morale 6

6 Cave Lizard - a huge pack lizard used by reptilians and Sunderland folk, will live off mushrooms or flesh and love eggs and bugs. Slow but steady and need a nap after feeding, if attacked will defecate and flee. A good handler can keep them calm 80gp can live for 80 years, also edible AC+3 HD2 Att bite d6 Mov 9 Flee 15 Morale 8

7 Pack Bird 65gp - flightless bird feeds off-grain or rodents or bugs can carry a backpack. Aggressive to the small creature they will kill and eat, work as a pack if bothered and may att attack a poor handler. If reared by the handler as chicks they consider them to be a flock leader and and +1 morale Pretty smart but watch your back if you have several AC+3 HD1 Att bite or kick d4 Mov 15 Morale 7
8 Cave Beetle 40gp - a huge pack beetle, quite used to being underground and quite, may react to smells of giant ants but mostly they are inevitable and graze on fungus, wood or compost. Trolls like to bite off their heads and suck out their guts. They climb up rocks well and are hoppy to follow in a row and need two feeds a day of 2-4 kilos and get water from their food. They are just big dumb bugs you don't have to worry about them they don't feel nothing  AC+1 HD1 Att bite d4 Mov12 Climb 6 Morale 8
9 Ambulant Pack Toadstool 145gp - a walking immortal fungus, fill its pockets with compost and it goes all day, even eats human waste. Dislike light and cant heal if exposed to sunlight that day. Sometimes a new one falls off but they live for thousands of years and only but once a century. Carry a pack and communicate by a rattle or drum chamber inside and will fo;;ow a leach or a human playing familiar music. They are bling but smell and motion-sensitive. Some carry a shrieker to alert a group in the wild. If killed they fragments might come to life growing into several new ones but takes years AC+2 HD1 Att butt d4 +1 with charge Mov9 Morale 7
.
10 Cavern Crab  225gp - cave crabs lurk in the depths often near water but as long as given water and fed they are trainable. Each can carry a pack and can swim or climb fairly well. They also have large claws and can kill with a nip if pushed too far AC+5 HD1 Att claw x2 d4 Mov9 Swim 6 Climb 3 Morale 8
11 Pack Snail - 80gp - Eat fungus and algae and vegetation but will eat meat, indifferent to light as they taste, smell and hear through their skin. Can hold breath underwater for an hour, can carry a pack or pull a wagon or sled AC+5 HD1 Att bite d4 Mov 3 Climb 3 Swim 3 Morale 7
12 Lobotomised Bugbear 300gp - a certain wizard has bee operating on bugbear brains and conditioning them as strong silent slaves. They can carry a load and fight and too dumb to flee if you dont tell them. Comes with a conditioning manual and whip AC+3 HD3 Att punchx2 d4 Mov9 Morale 8 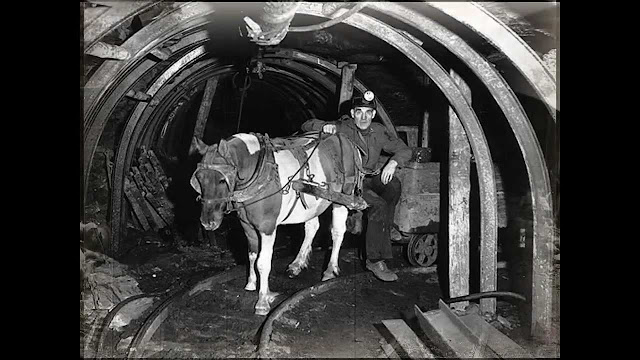